The cohort of young people aged 15-29 generally referred to as the youth in Ethiopia are increasingly struggling to find gainful employment and income generation opportunities. 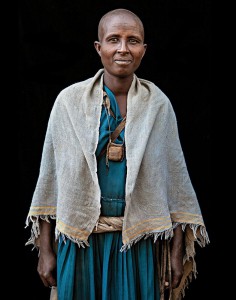 Despite robust economic growth, wage employment opportunities have not expanded enough to provide jobs for the teeming entrants into the labor market. The sectors of the economy that driving economic growth are either not favorable to the youth or require skills and endowments that the majority of the youth do not possess. Agriculture is mainly rural, dependent on subsistence technology and is largely rain-fed, while the growing services sector requires education and skills that are out of reach to majority of the youth. While the workforce engaged in agriculture is aging, young people who should ordinarily be taking up employment in the sector are rather staying unemployed. Thus, sustaining economic growth and making it inclusive requires that these two issues be examined closely and in tandem.

The Ethiopian economy is largely agrarian; the agricultural sector contributed an average of 45 percent of Gross Domestic Product (GDP) between 2003 and 2011 while services and industry sectors contributed 42 percent and 13 percent respectively. However, in terms of dynamics, the share of agricultural sector in the economy fell from 47 percent to 41 percent while services rose from 40 percent to 47 percent over the period 01. Indeed, the services sector, which is currently driven largely by financial services, public administration and retail services, is expected to increase its dominance of the economy in the immediate future. As the share of industry remained unchanged at 13 percent over this period, this represent a transition from an agrarian economy directly into a service dominated economy, which is inconsistent with the historical pattern of economic transformation where the dominant sector in terms of output and employment shifts from agriculture to industry (largely manufacturing) and thereafter to services. Undoubtedly, this transition presents several challenges that carry several implications for employment.

HOW TO SUPPORT THE GREAT LEAP

Typically, structural transformation that shifts the economy from agriculture to industrial production is associated with rising productivity in agricultural production and development of value chains, which lead to reduction in demand for labor on the farm and thus more workers move into employment in the industries. Two things happen in this process. First, industrial production both depends on and drives agricultural productivity as farmers strive to supply raw materials needed for industrial processing. Second, education and technical experience levels increase in order to provide the needed workforce for the transformation. A similar process is repeated for transition from industry dominated to a service dominated economy; industrial production would reach high capacity levels and education and technical experience levels would increase in order to provide the skills required in the service economy.
Following from the above, a successful direct transition from an agrarian economy to a service economy, without going through the intermediate industrial production stage, requires three conditions. They are: technological improvement and high productivity in agriculture, aggressive agricultural export strategy, and a big leap in education and technical skills. Because Ethiopia has chosen02 or is going through this direct transition, it is pertinent to examine whether the three conditions are present, and to analyze the implications for youth employment and aging of agricultural workforce.

After experiencing a growth slow-down from 16.9 percent in 2003 to 6.4 percent in 2009, agricultural production increased considerably between 2009 and 2011 due largely to favorable weather conditions, government support in access to fertilizer and expansion of farmland cultivated, raising the growth of agricultural sector to 9.0 percent in 201103. Coffee remains the major export earner for the country, although oil seed and leguminous fruits are rapidly becoming important export crops in recent years, driven notably by import demand from the expanding economies of China and Brazil.
Nonetheless, the agricultural sector, dominated by small-holder rain-fed farming remains characterized by low productivity, subsistence technologies, and vulnerability to exogenous shocks from droughts and, equally important, adverse terms of trade arising from world prices of coffee. Ironically, the sector has accounted for increasing share of employment as its share of total output decreased. For example, the sector’s share of employment is estimated to have increased from 80 percent to 85 percent between 2005 and 2009, at a time when its share of total output fell from 47 percent to 42 percent04. In essence, larger proportions of the Ethiopian workforce are trapped in low-productivity, rain-fed agriculture at the time that the economy was shifting in the direction of more skill-oriented services. Thus, the first condition was not met.

NO PAIN, NO GAIN

Efforts to diversify the country’s exports have yielded some gains. The notable success is the flower industry, which emerged in Ethiopia in early 2000s, and has become a significant foreign exchange earner, with export rising from less than $10 million in 2003 to $170 million in 201005. This drive to supply agricultural products to export markets was complemented largely by demand for Ethiopian exports of oil seed and leguminous fruits that has yielded substantial expansion of non-coffee exports. However, because strong demand for Ethiopian agricultural products from these countries is associated with their economic expansion, it is bound to weaken as those economies slow down or contract. In essence, while demand from those countries complements efforts to create export markets for Ethiopian agricultural exports, it is also a potential source of shocks. Thus, one can only say that the second condition has been weakly satisfied. 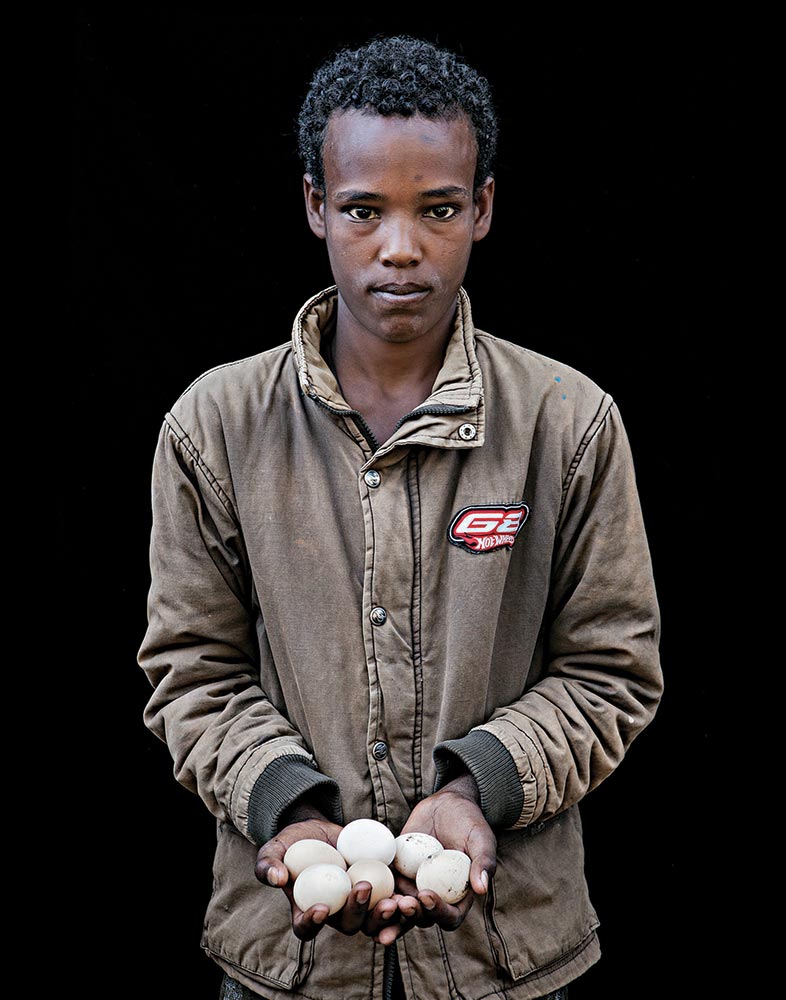 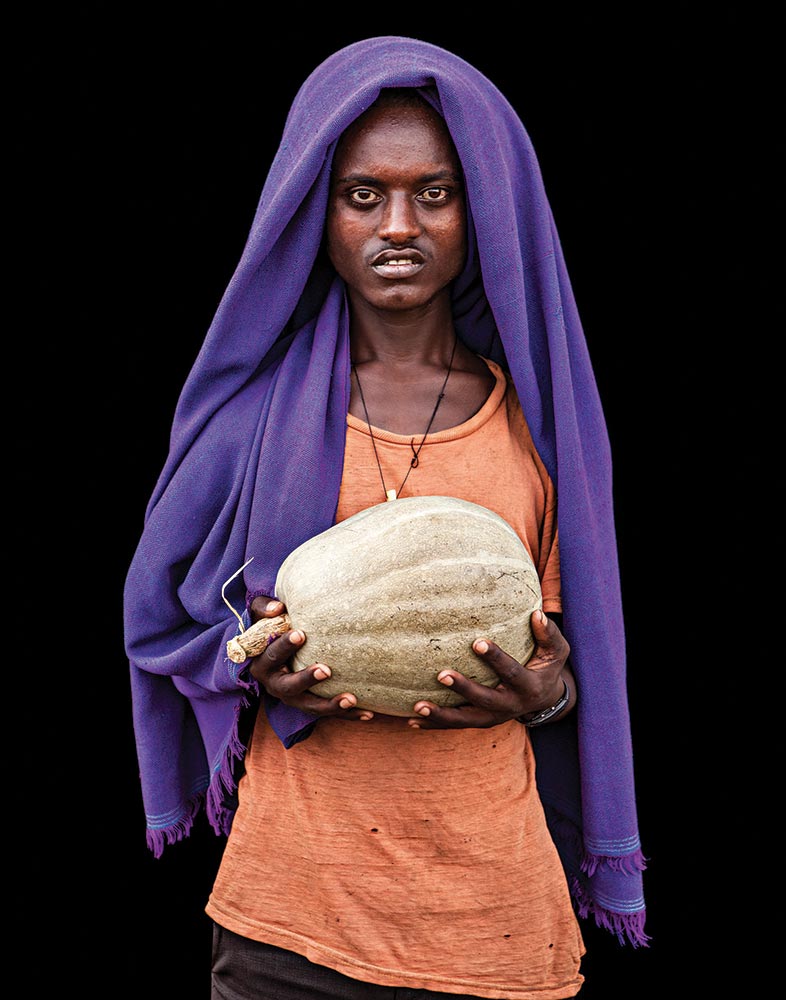 EDUCATION ON THE RISE

There has been a big leap in education and skill acquisition in Ethiopia that satisfies the third condition. Between 1999 and 2011, the share of the population aged 15-29 with no more than primary education decreased from 61 percent to 51 percent, and the share with some form of higher education increased from 4 percent to 20 percent during the same period06. However, this leap is principally urbanized and is barely noticeable in rural areas where the only change is a slight increase in the share of rural youth attaining primary education. Because demand for education is a derived demand, lack of change in agrarian technology has not created demand for new skills in farming07, and neither is the state of farming attractive to the more educated urban youth population who are finding it hard to find urban employment.
In all, it seems that the first condition was not satisfied, the second was weakly satisfied while the third condition was met. The next step is to examine the structure of incentives created by the situation in terms of employment of the youth and the elderly.
The urban youth population is certainly substantially more educated now than at the end of the last millennium (1999). However, the increased education also comes with adverse labor market outcomes. Data shows that while labor force participation rates among rural youth increased from 83 percent to 87 percent between 1999 and 2005, it decreased among urban youth from 71 percent to 65 percent during the same period, and decreased further to 62 percent in 2011. This decrease in participation among the well educated urban population is perhaps a result of discouragement arising from unsuccessful job searches arising from skill mismatches or simply an outcome of long durations of unemployment given the skill set.

Rural youth unemployment is at near zero while urban youth unemployment rate remained at 24 percent in 2011. Although expansion in urban economic activity driven largely by the services sector helped to bring it down from 34 percent in 1999, it is still very high. It is also important to note that the informal sector share of urban employment, which is estimated to have increased significantly in many other countries in Sub-Saharan Africa (SSA), has rather been falling in Ethiopia, from 60 percent in 1999 to 34 percent in 2011. This observation, coupled with increasing rates of non-participation in labor force among the educated urban youth, suggests that urban youth unemployment is partly voluntary in the sense that expectations (reservations) regarding wages and conditions of employment are high, encouraging the choice of unemployment and non-participation over employment in the informal sector.
While the more educated youth are abstaining from the labor force, the elderly (and less educated than the youth) are participating at increased rates. Data from labor force surveys and population census show that participation rates among the youth aged 15-24 dropped from 78 percent to 63 percent between 1999 and 200708. At the same time, participation rate rose from 74 percent to 78 percent among the population aged 55-64 years and more substantially from 49 percent to 63 percent among the population aged 65 and above. Since the elderly are mostly engaged in agriculture, increase in participation rates among them was perhaps driven by opportunities created by demand for agricultural exports and lack of interest among the urban youth to return to the farm.

TECHNOLOGY IN AGRICULTURE IS NEEDED

Given this background, population aging poses a significant challenge for sustained economic growth and employment generation in Ethiopia. Thus, policy actions to encourage the urban youth to return to the farm should constitute critical components of strategies to sustain the impressive performance of the economy and to ensure more inclusive growth in the future. Some viable actions are suggested below.
It is impractical to sustain current growth trends without technological change in agriculture and expansion of external markets for agricultural products. This should begin with addressing the risk of droughts by means of public investment in irrigation projects as well as other rural infrastructure needs, thus creating the environment for private investment in farming, development of non-farm rural economies, and demand for higher skills among the rural population. The next step is to encourage medium-scale farming that will necessitate mechanization and technological change in agriculture. In addition, the government needs to analyze its trade relations in respect of agricultural commodities in order to identify new market potentials, and encourage production in those areas.
In essence, there must be consistent efforts to induce a return to agriculture among urban youths as well as incentives for technological change in rural areas. These actions will ensure that the aging population will be replaced gradually and sustainably by a younger cohort in the agricultural sector. 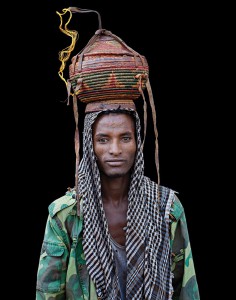 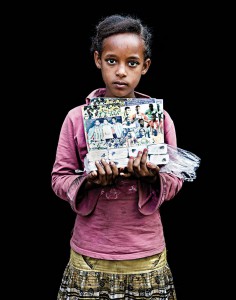