Gabon is a country that could have gone horribly wrong. Investors have been wary of Africa since decolonization. Gabon, however is a strong economic power that has been able to make it work. 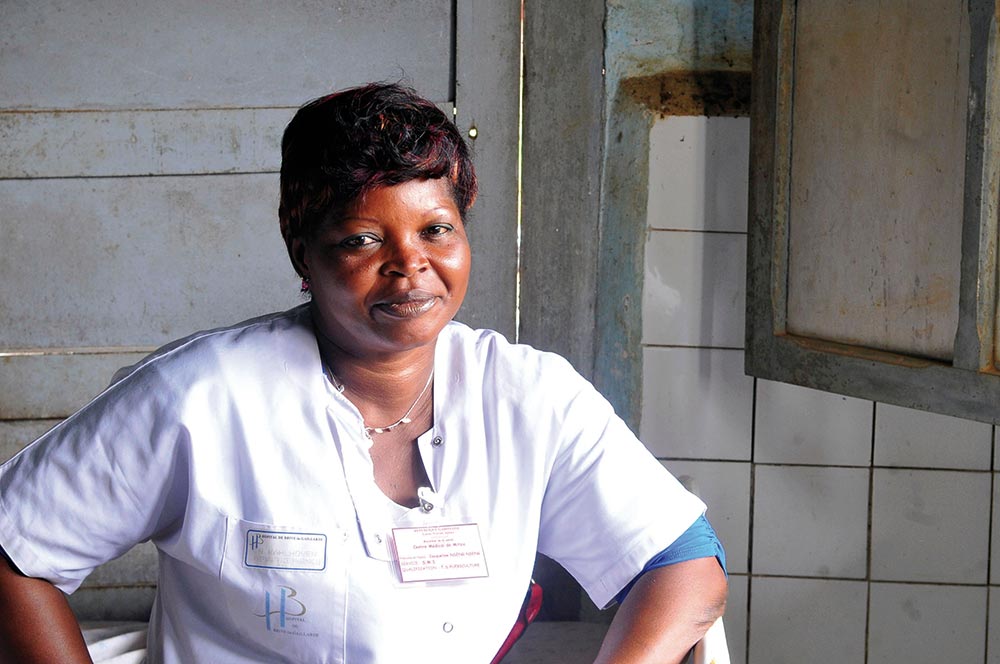 Worker at the Oncology Institute of Angondje in Libreville

MPONGWE TRADE
Libreville is the capital city of the tiny West African oil-rich nation of Gabon. With a population of around 600,000, the Atlantic port town is roughly the size of Genoa and houses almost half the nation’s citizens. Situated on the north bank of the Gabon River estuary, the region was home to the Mpongwe people, who were the first to set up international business in the area in the late 18th century, trading ebony, rubber, ivory and even slaves for firearms, alcohol and iron with visiting Europeans. Two hundred and fifty years on, the city continues to shine as one of Africa’s most business-friendly and livable cities. Considering the country’s 40-plus ethnic groups and the volatility of the central-west African coast, Libreville’s story is truly remarkable.

VOLATILITY OF AFRICA
With wars of independence in Algeria, Sudan, Nigeria, Namibia, Mozambique and many other countries in the continent, breaking from European powers was a strenuous and bloodthirsty process. The US and the Soviet Union used many African nations to wage proxy battles during the Cold War, notably in Angola, Guinea-Bissau, the Congo and Namibia. The Second Congo War (1998-2003) was the deadliest conflict worldwide since the end of the Second World War, and destabilized a region already plagued by intertribal bloodshed and ethnic genocide. The Arab Spring rocked the Maghreb in 2011 and led to the ousting of two Egyptian presidents, the death of Libyan leader Muammar Gaddafi and political chaos throughout North Africa. In 2014, there are major conflicts – those causing at least 1,000 deaths per year – taking place in Somalia, Nigeria, the Central African Republic and South Sudan. War hasn’t been the only obstacle to development in the continent; the existence of an apartheid government in South Africa from 1948 to 1994 hindered its economic growth in a variety of ways, notably because of the trade sanctions imposed on the country by the US, the UK and 23 other states. Natural disasters also haunt most of the continent, with drought affecting millions of Africans along the east coast, famine hitting hard just above the equator, and incidents of serious flooding all the way from Mozambique to Morocco.

WHY GABON MIGHT HAVE FAILED
Gabon is a very small country, and although some African horror stories – the Democratic Republic of Congo and Sudan, for instance – are set in vast ungovernable expanses, the inhabitants of Djibouti, Liberia and Rwanda know that living in a small country does not remove the threat of violence altogether. Similarly for business, size and reputation often go together. China, India and Brazil conjure particular images in the minds of potential investors, whereas smaller states may carry localized problems unknown to the outside world. This has traditionally scared business away from countries like Papua New Guinea. A small population also means fewer human resources, and lack of opportunities can drive the few with skills or vision away.

WHY GABON DIDN’T
Tucked in between Equatorial Guinea and Congo-Brazzaville, Gabon gained independence from France in 1960 and has enjoyed relative stability ever since, largely due to two factors. Immense oil reserves out to sea, discovered in the 1970s, pulled much of the Gabonese population out of extreme poverty. Consequently, the country enjoys relatively high wealth-per-head, with Gabon’s per capita income being roughly four times that of most sub-Saharan African nations. Although 70 percent of this comes from crude oil, there is also significant money in exporting timber, uranium and magnesium, all of which Gabon has in abundance, which may help to avoid a total dependency on oil. This may prove pivotal, as the fresh black gold reserve in the east Atlantic is starting to heat up relations with neighboring Equatorial Guinea, with both nations claiming ownership of Corisco, a tiny island thought to be enveloped by oil-rich waters. A new direction for the Gabonese economy may be eco-tourism; 85 percent of the country is covered by tropical humid rainforest in which there are thousands of gorillas, forest elephants, chimpanzees and hippopotamuses. With most of the population based around three cities, and having a relatively high stock of resources, distribution of wealth is easier in Gabon than it is in many African nations. Second, unlike certain other African nations, Gabon has – until 2010, when major reforms took place – maintained friendly relations with its old colonial master, France. In 1964, Lt. Jacques Mombo and Valere Essone forced President Leon M’ba out of office. The vice president requested assistance from the French, and within a few days M’ba was restored. Western intervention has caused chaos throughout the world – particularly within the last 15 years – but Gabon is small enough, and the tension was manageable enough, that even a brief flex of French muscles was sufficient to restore stability, and it hasn’t been forgotten; other than two foiled coup plots in 1990, there has been no real attempt to overthrow the Gabonese government since the early 1960s. Considering the region, this is very unusual. Eastern neighbor Congo-Brazzaville, for instance, saw four successful coups between 1963 and 1997. While they have undoubtedly prevented widespread political violence, it should be noted that the French have, however, helped keep the hugely corrupt Bongo family in power for decades, who created a one-party state in 1968.

LIFE ON THE GROUND
Gerald Motumbo is a Nigerian estate agent and hotel manager who lives and works in the Mont-Bouet district of Libreville, an area famed for its enormous market. Speaking to me via Skype, he explained why Gabon is both an exciting and difficult place to be as a foreigner. “Libreville is certainly a very welcoming city. I have never really felt any danger here, unlike in Lagos where I used to work, and the locals seem to have no problem embracing me into their culture. I suppose with the mix of tribes in the area, foreign faces are relatively commonplace. The downside of trying to do international business here is that not many people outside Africa have even heard of Gabon – for that reason it’s hard to entice Europeans to do business here, as many people cannot even place the country on a map! Another drawback to living here is the price of just about everything. A typical meal at a downtown Libreville restaurant, for instance, costs around $30, which is rather pricey for an African city! We pay, I suppose, for the stability and possibilities offered by this wonderful town, and having been here for several years now I cannot imagine living anywhere else.”

ALL FOR ONE, ONE FOR ALL
With this relative prosperity and stability, Libreville has become one of Africa’s most livable cities, so long as you have enough money. Traditional art museums, French wine and stunning beaches set the city apart from most West African capitals, and this vibrancy is kept alive by an extremely young population – half of all Gabonese are 19 or younger – with a remarkably high literacy rate – close to 90 percent. The important question is: as the oil reserves start to dwindle, will the country be able to shift its energy toward eco-tourism and other sectors effectively enough to maintain its state of affluence? For the moment, at least, Gabon punches well above its weight. While historical and geographic luck has undoubtedly played a role in this, the Libreville work ethic and lack of tension between its numerous ethnicities – and even workers from other countries like Mr. Motumbo – has allowed the Gabonese to overcome the hardship decolonization entails. While volatility continues to haunt most of the region, Gabon understood long ago that, “When spider webs unite, they can tie up a lion” (African proverb).

Photo.  The photo is by and courtesy of Désirey Minkoh and Afrikimages. His photos aim to capture everyday life in Gabon. In this series we take a look at the lives and jobs of health personnel in various medical centers in Gabon.