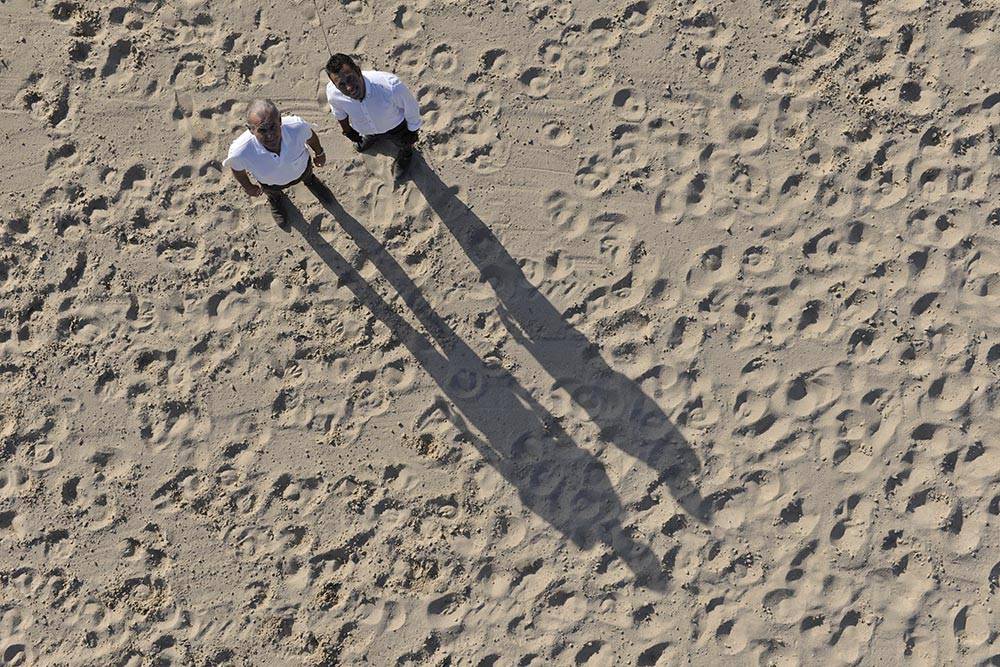 The result of a vision is made of many good riders

Antonio Diosdado: among the founders of REAAE.

On of the horses bred by Antonio Diosdado Galán, ridden by Javier Ruíz Garrido, former student at REAAE, on his track in Jerez de la Frontera

Visions from above
Antonio Diosdado Galán, together with five friends and horse lovers, is the co-founder of the Real Escuela Andaluza de Arte Equestre in Jerez de la Frontera, the most distinguished and famous school in the country. Everything started from something quite small. “We ran the school in 22 people, all riders, one committed to the PR (the well-known Álvaro Domeq), the other to the finances, another one to the organization of the trips.” One of the features of this first group of pioneers is the contribution in terms of promotion of the Spanish horse in Central and South America and in Europe. “We travelled a lot, with little money and great energy, we strongly believed in the work we were doing.”

Many good riders
One of the results of the school is the average increase of the quality of the tame in Spain, thanks to the training given to many young horsemen who are today professionals and active all over the world, certainly in Spain too.
One could affirm that the Spanish horse was reinvented at that time, around 40 years ago, from that original group of passionate breeders who were mainly riders, and “from two great Portuguese teachers who supported us in launching the first part of our school’s history” says Diosdado, adding that “later on, our jinetes have become really famous, such as Ignacio Rambla and Rafael Soto who have taken part in many Olympics with PRE horses, accomplishing excellent results.”

Two lines of horses coming from the Yeguada Militar and Hierro del Bocado. The regularity of the animals is impressive, the owner recognizes “the sisters” from the number on their shoulder

PRE, a “solid” breed
At 74, Diosdado Galán, Golden Horse of Jerez in 2014, rides four horses a day. With a little “false modesty,” he tells us he is an old man, choosing Javier Ruíz Garrido, a young rider coming from the Jerez school, as the rider of his horses, for the shooting. We don’t believe his words defining himself as “old”, but we do understand that this choice is moved by his firm generosity towards the young generations who are his “passion”, as he believes that high quality training is the future of this sector in Spain.

Rider and breeder
In the South of Spain there are few breeders who are also riders. Breeders usually only take the strategic choices of the farm, leaving the hard work of the daily training to others. The research of the functionality of the horse must be “understood in first person” says Diosdado, who for his entire life has dedicated himself to the selection of a line of dapple-grey horse, with high functional quality and aesthetically appealing. The keywords which are constantly repeated, even in this breeding farm, are “rules and passion,” together with another term, “resolution”, that Diosdado sees as “the real trick useful to build up a good relationship with the horse.”

The relationship between morphology and functionality