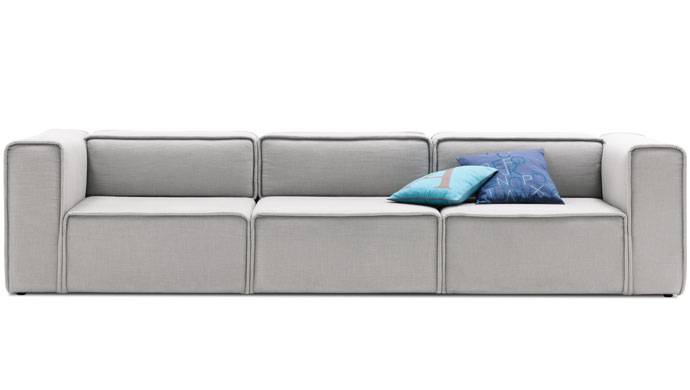 Investigating how the relationship between companies and designers has evolved over the years. From the ambiguous success of the Panton Chair, to the current and excellent examples of BoConcept and Ikea, up to Fritz Hansen case history from the “voice”of Christian Rasmussen and Kasper Salto. 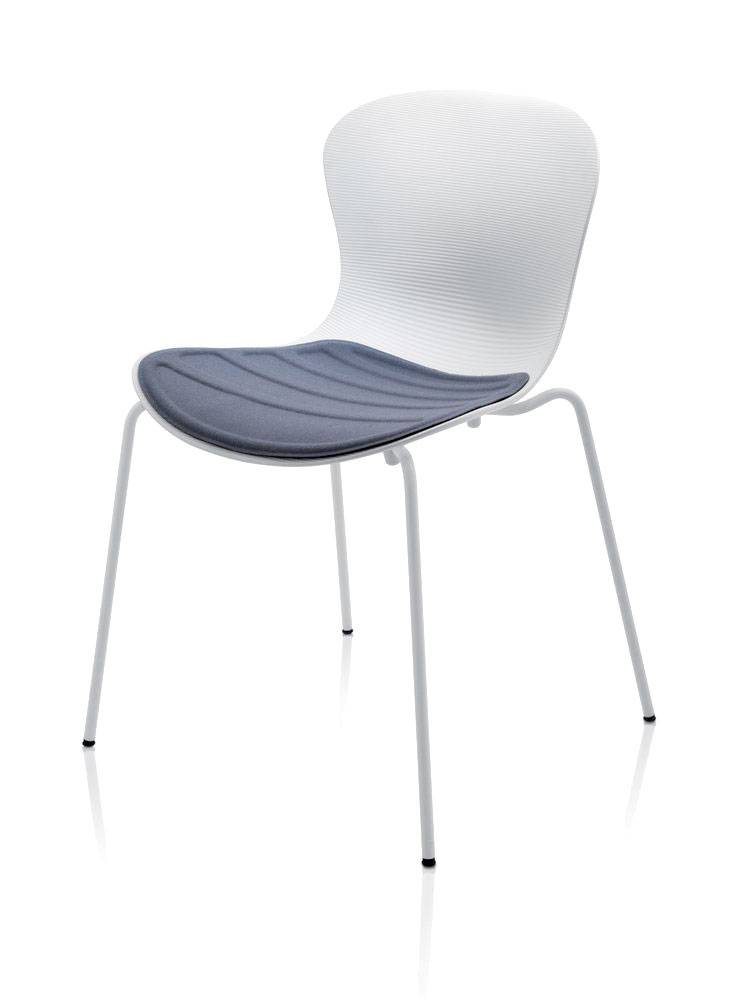 THE EXCITING HISTORY OF THE PANTON CHAIR
During the 1950s, Verner Panton was working on a chair constructed from a single piece of material. Even though the notion of a stackable cantilevered one-piece chair continued to fascinate the innovative designer, the chair made of three-dimensionally molded plywood, had a high price that made it marketable only in limited numbers. Believing in the project, Panton continued working on a prototype, all the while seeking a manufacturer who might also believe in the project and who was prepared to bear the financial risks involved. In 1963, Panton came into contact with the Basel-based company Vitra. Willi and Rolf Fehlbaum responded enthusiastically to Panton’s design which, by then, had almost maturedinto its final form. In 1967, Vitra decided to risk producing the chair. It was expensive, but sold well. However, with time, it became apparent that the plastic in which the chair was made was susceptible to breakage. In the late-1970s, Vitra discontinued production. However, Panton was not defeated, and continued to experiment with new forms of plastic. Eventually, a reliable approach was found, and the WK Group showed interest and commissioned the Horn company to resume production in 1983. The Panton Chair has since become established as a design classic, and has been manufactured and retailed by Vitra since 1990. Close cooperation between Panton and Vitra yielded the fourth, and final, authorized version. Experts are still undecided whether the chair was, above all, an industrial design project – where the work of the designer is just one aspect of a risky and costly investment exercise – or that Panton alone pursued the realization of his chair idea with enormous and unwavering persistence. Black or white, today the objectives are the same; a company tends to have a clear strategy and established values that designers have to follow. 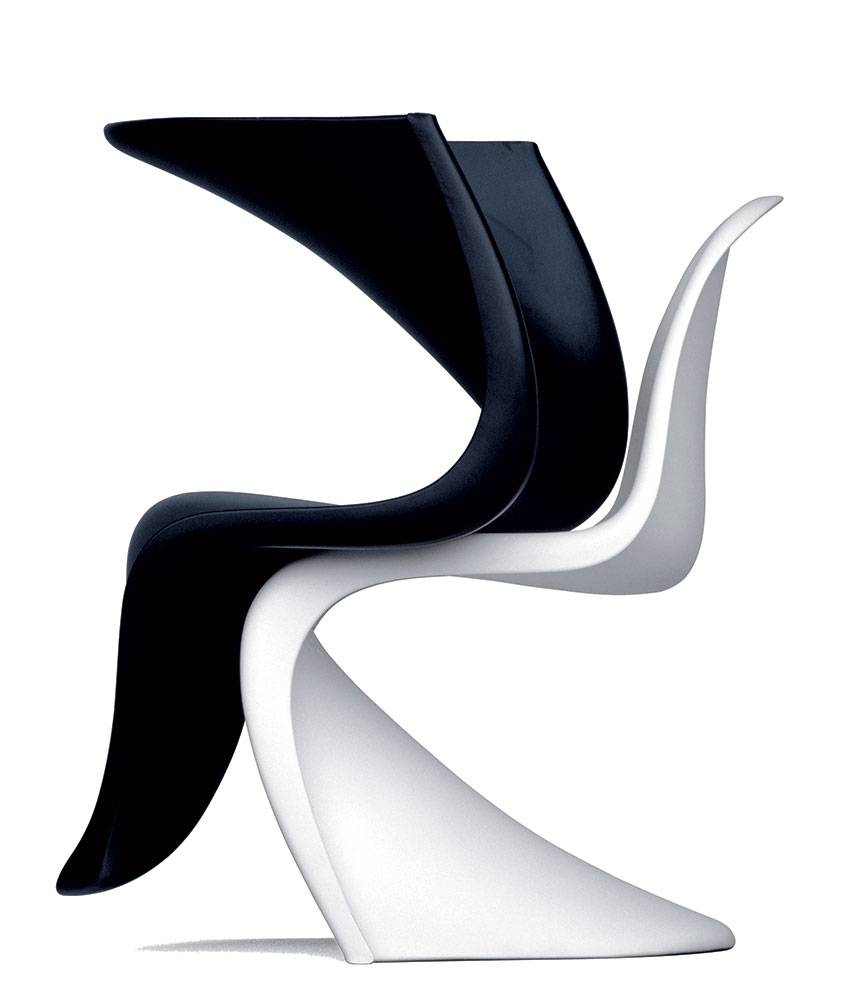 FROM THE COMPANY’S PERSPECTIVE
These days, companies must establish good relations with their designers, as Christian Rasmussen, Head of Design at Republic of Fritz Hansen, explains. “In the past, the designers often created a coherent product line and visual identity in the company by themselves. Today, companies that are used to work with designers, have a well-defined strategy, and the collaboration between them and the external designers is more of a 50/50.” Speaking of his personal experience, Rasmussen explained that Fritz Hansen “has a clear design strategy that can’t be altered. Our designers are welcome to interpret, and challenge, but they can never change our values.” He continues, “they have a free pass to express their creativity within the borders of the company’s scheme. Limits are often very positive, and make the creativity of a designer bloom. If everything is possible, a designer can often get paralyzed.” For this reason, the choice of a good designer is becoming increasingly important. Rasmussen continues “designers must be innovative, and have good communication skills. It’s crucial that they can identify with Fritz Hansen and our design values, and that they understand them 100%.” In order to choose the people that best represent the company’s values, says Rasmussen, “we spend a lot of time visiting designers. Indeed, it’s crucial to have an idea of their work processes, their strengths and weaknesses, to better understand how we might unfold their creative potential in the best possible way. We also invest a lot of energies in explaining about our design values and the overall strategy of the company.” 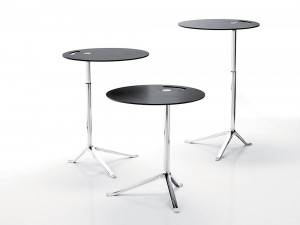 Little Friend 2005. Small table – fixed or adjustable height, for laptop or other use. Top is black synthetic laminate (2006). Designed by Kasper Salto for Fritz Hansen

THE DESIGNER’S OPINION
Kasper Salto, a well-known Danish designer, who has worked with Fritz Hansen for over 12 years, agrees. Kasper argues that working with companies that are used to work with designers allows both the company and the designer to better understand each other, and thereby to develop things in collaboration. He specifies that, “the best products come out of the mix between good research, analysis, and then good product development.” Kasper explains that the best way to maintain good relations with his clients is “to work with them in the best possible manner.”  Usually, when he starts working with a new company, it is important to mix the company’s ideas with his own creativity. This makes it profitable for all concerned. He concludes, “sometimes I come to the manufacturer with an idea, and sometimes the brief comes from the manufacturer. Indeed, if the company has great ideas, I am the first to be thankful.”

Testimonials of two international furniture companies, where the designer’s ideas and the company’s values have found a winning balance.

BoConcept, a furniture retailer that started in Denmark and currently has 340 stores in 50 countries worldwide “has very close co-operation with a few selected designers who have a strong understanding of its concept. These include many new up-and-coming designers from around the world who bring new creative input and ideas to us,” explains Claus Ditlev Jensen, Collection & Visuals Director at BoConcept. He adds that they choose their designers, following “BoConcept’s design philosophy of simplicity, functionality and worldwide appeal.” Undoubtedly it is very important that a designer shares, “our open mind and natural interest in the latest lifestyle and designs trends.” Sometimes, designers bring their own creative ideas to BoConcept. But, concludes Jensen, in many cases, “we give them a detailed brief on a specific piece. No matter the process, all the designs are evaluated by our in-house collection managers to ensure that the designs are not only unique but also at the right quality and price.” 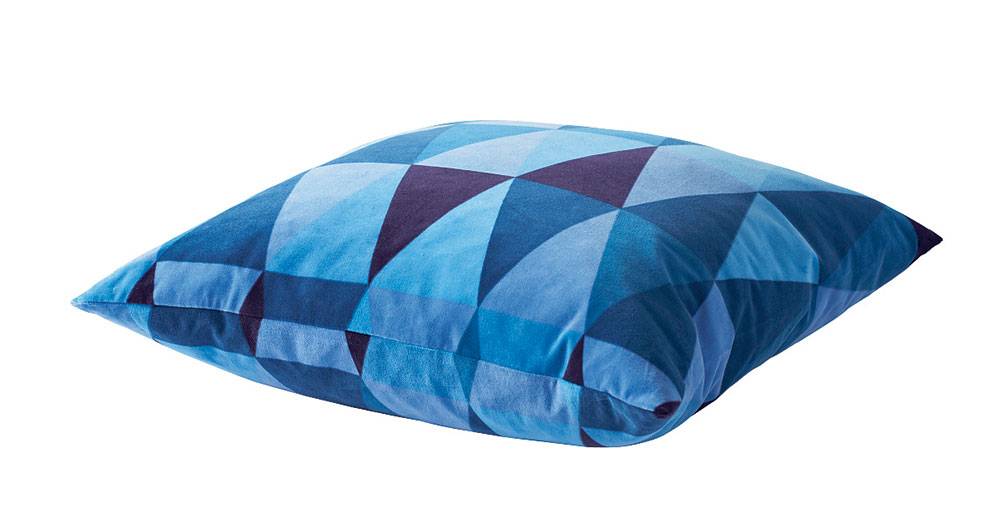 Stockholm cushion by IKEA. Cotton velvet with extra lustre and softness; nice and soft against the skin. Easy to clean; removable and washable cushion cover. Designed by Åsa Gray

At IKEA’s headquarters in Älmhult, Småland (Sweden), are twelve in-house and seventy freelance designers, who work to create design products that will strengthen the IKEA identity. Lars Dafnäs, IKEA’s Design Manager, states that “being a designer at IKEA is not a one-man show, but it is team work, where the designer is a very important player.” Working for a company like IKEA means being able to embody its fundamental values: “Simplicity, Honesty, Clarity, Humanity.” IKEA’s products reflect the company’s identity, so its designers are required to take inspiration from “Swedish nature and  perspective from the Smålandish heritage.” They are encouraged to use natural and blond materials with love and care to present solutions for the future, eschewing conventional, status-led thinking.  Dafnäs tells us that IKEA’s designers follow a range of design directions in line with the company’s priorities and styles. On occasion, though, the company may decide to realize special projects to surprise their customers.

Working Parents: What Do your Children Think?