The death of Mandela represents a loss for the whole world and not only for South Africa. He was the father of  a country that he taught to walk; it now needs to go on its own. 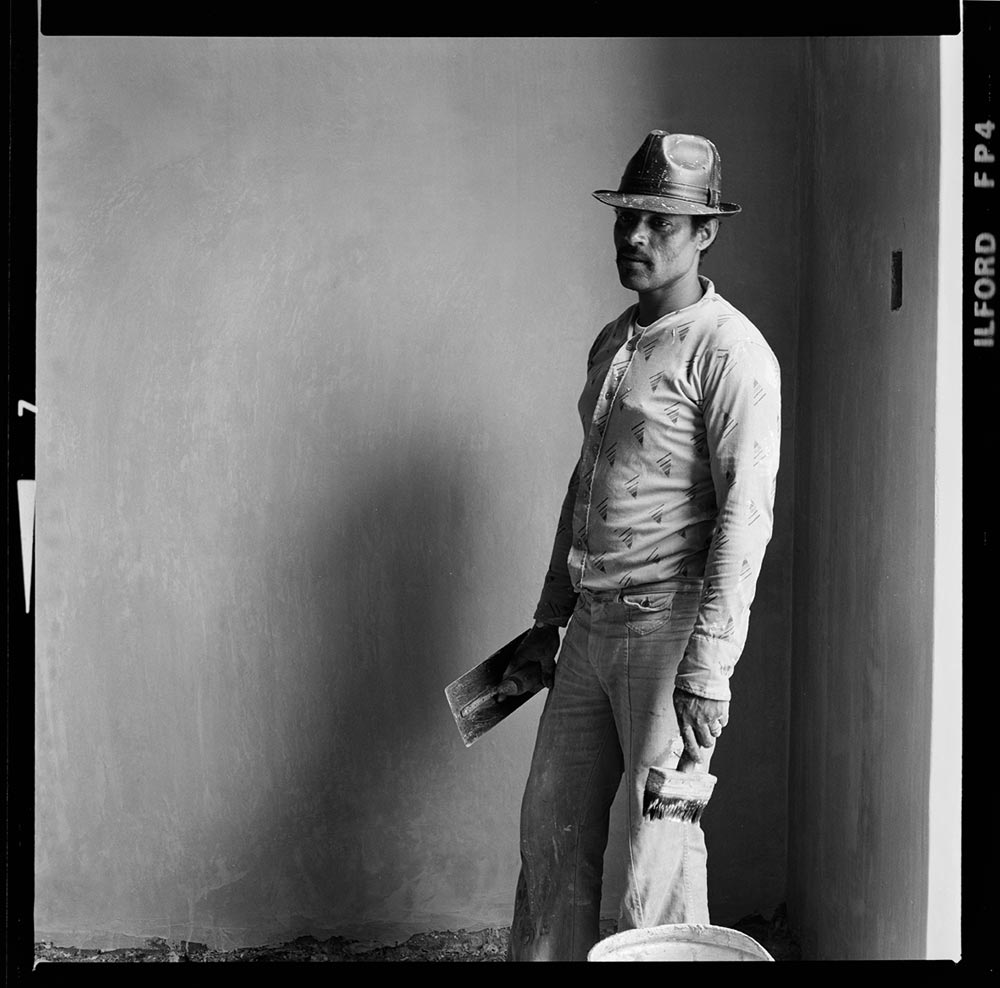 2013 saw the deaths of many world leaders. With street parties erupting on the streets of Miami as Hugo Chavez’s cancer got the better of him, and novelty record “Ding-Dong! The Witch is Dead” hitting the UK charts after Margaret Thatcher passed away, many departures were celebrated, not grieved. When Nelson Mandela’s heart stopped one December evening in Johannesburg at the grand age of 95, however, the world seemed unified in its sadness at the loss of a man who had transformed his country from a racist backwater into a modern democratic state. Celebrities and heads of state flew in to mourn publicly. More striking, however, were the crowds of ordinary citizens, people who had seen first hand Mandela’s rise to the presidency, who gathered on the streets of Johannesburg to pay their respects. As soon as the festivities ended, most of these black South Africans hiked back to their iron shacks and got on with their lives of silent poverty. These moments were not the ones captured on camera. For the average black worker in Johannesburg, life is still tough. Whites, on average, earn around six times more than blacks, and unemployment still lingers at an astonishing 25 percent. The fight for political freedom may have been won, but how much does this matter for those trying to earn a living in South Africa’s largest city? A handful of middle-class whites are doing well, but very few black business people are punching at the weight they should be considering how rich their country is in natural resources. Mandela may well have revolutionized political life for South Africans, but socioeconomically the country still has serious issues in need of resolving.

PRISONER/PRESIDENT
Nelson Mandela was born in 1918 in South Africa’s Cape Town Province. Known initially as “Rolihlahla” or “troublemaker”, he went on to become the first member of his family to attend school and later university. In 1941 he arrived in Johannesburg, where he immersed himself in anti-colonial politics under the ANC (African National Congress) banner, while practising law. In the late 1950s, he was unsuccessfully prosecuted for disobedience to the white government. In 1961, he founded the Umkhonto we Sizwe (The Spear of the Nation) in direct response to the Sharpeville Massacre, in which the South African police killed 69 people. In 1962, Mandela was arrested for conspiracy to overthrow the apartheid government, and sentenced to life imprisonment. After 27 years in three prisons, Mandela was finally released in 1990. Four years later he became the first black, and first truly democratically elected, president of South Africa.

WORK FOR ALL
Mandela – the rolihlahla – and his radical ideas were intimidating to most Western governments. He was only removed from the American terrorism watch list in 2008, and his story – that of a man fighting for the rights of an indigenous population to have a say in how their country is governed – understandably resonates with those involved with Palestine, West Papua or Tibet. When asked about his close ties with the apartheid government, Shimon Peres, former Prime Minister of Israel, stated, rather shamefully, “Since I cannot change the past, why should I deal with it?” The past he refers to is one in which non-white skilled professionals were restricted to employment within designated areas, an era in which blacks were banned from going on strike or marrying other races. Mandela changed this, and there is little debate over the immensity of his political contribution to his country. Socioeconomically, however, have things changed all that much? Mandela’s inaugural speech contained the line, “Let there be work, bread, water and salt for all.” Twenty years on, many South Africans struggle to get any of the above.

RACE, MONEY & POWER
In one key respect, professionals in South Africa are still haunted by apartheid policy; race, money and power still share the bond they used to, albeit in a weakened form. South Africa, last year, saw another highly publicized death – that of Reeva Steenkamp by Oscar Pistorius. A white athlete shot his white model girlfriend in a Pretoria bachelor pad in the small hours of Valentine’s day morning. The incident was horrific. Certain newspapers, however, painted this scene with almost US soap opera-like brushstrokes, focusing on the couple’s sexual history and flashy lifestyle within the classy Silver Woods community. Indeed, the case Pistorius’s has most often been compared to in the international media is that of O. J. Simpson. In both incidents, a glamorous blonde was allegedly killed by a mainstream celebrity, with the trial televised, seemingly for the sake of the general public. There is, however, one stark difference – Simpson was both rich and black. Mandela’s political reforms changed the institutionalized nature of discrimination in his country, but the fight against racial inequality is still going on. Along with Brazil, South Africa is considered the least “equal” state on earth based on IFR statistics. The problem is particularly noticeable in the republic’s rural areas, like Orania – a small settlement in the Northern Cape Province. The town was founded as a bastion for Afrikaner culture, and it is still exclusively, and deliberately, inhabited by whites. Of course this of little consequence for the black workers of Johannesburg, but unlike their moneyed white compatriots, such as Oscar Pistorius, many are working for a little as $2 a day. Over the last twenty years, the white share of income in SA has dropped from just under 60 percent to just under 50 perent. The difference, however, has been made up by Asians. Most black and mixed-race workers have seen no change at all in real economic terms – proportional to their country’s wealth – since Mandela came to power.

SKIN COLOR & EMPLOYMENT
An ugly flip side of a country so acutely aware of its ongoing racism is positive discrimination. A so-called “affirmative action” policy was adopted to ensure that “qualified people from designated groups have equal opportunities in the workplace”, states the Department of Labour. This has led, however, to a systematized racism against non-blacks in certain instances. In a well-publicised 2012 experiment, trade union Solidarity sent off two applications for cadet pilot training offered by South African Airways (SAA). The profiles of the two candidates were identical in qualifications and background, but differed in one key area – one applicant was white, and the other was black. The white was immediately rejected, while the black candidate progressed to the next level of the selection process. The decisions made by both the government and businesses like SAA almost certainly come from the right place, but attempting to achieve an equal society through discrimination is ineffective, and even rather perverse.

POVERTY, DISEASE & CORRUPTION
Other ailments add to South Africa’s pain. The gap between rich and poor has widened, and HIV runs rampant across the country, with no thanks to the nonsense spouted by ANC President Zuma, who famously recommended showering as a preventative measure against AIDs. A few weeks ago, South Africa faced the largest stoppage to mining operations since the end of apartheid due to strikes at Lommin. Memories of the Marikana strikes in 2012, in which police shot scores of workers – many in the back – are being reprinted in journals covering the story. On top of this, on March 19 of this year, Zuma demonstrated the potential for corruption in his country by installing a pool and cattle enclosure at his private mansion, at a cost of $23m to the tax payer.

A BRIGHT FUTURE
We have reasons to be optimistic however, and the future may well be bright for business in Johannesburg, so long as South Africa plays its cards right. Having hosted the 2010 FIFA World Cup, the city’s image changed dramatically – it is now Africa’s most visited city, which is great for the local tourist industry. Last year’s Anholt-GfK Roper City Brand Index listed the city at number 44 on its list of the world’s 50 most important business centres, and it is growing at an immense rate in response to this. Indeed, South Africa is, in general, a much better place today than it ever has been. Democratization has led to a free press and a multi-party political system (though don’t expect the ever-popular ANC to lose an election anytime soon). The country is now the main financial force in the region, free from all economic sanctions and home to truckloads of natural resources. Crime and poverty remain problems, but nowhere near the extent of the early 1990s, and all of this is largely due to Mandela. The rolihlahla transformed his country from the top down. It is now time to work from the bottom up. The late Helen Suzman, a white South African anti-apartheid politician who visited Mandela in prison, once stated, “The more rapid the economic development of this country, the more apartheid will come apart at the seams.” With plenty of resources to go round, and an ever-increasing interest in the country from both tourists and investors, SA now needs to address its social problems. South Africa has immense potential for economic growth – so much so it recently joined BRIC (forcing it to become “BRICS”) – but will only truly be accepted by the old-time developed nations as an equal once it deals with its internal issues of violence, racism, corruption, poverty and disease. Inequality in South Africa is no longer about state-given rights, but rather material conditions. The hoards of laborers traipsing back to their shanty towns in suburban Johannesburg live in what is undoubtedly a politically freer country than their parents did, as do the white celebrities in their barbed-wire compounds. Through proper management of resources and greater investment in education, this gap will narrow, and Johannesburg’s poorer black workers will, in time, be rewarded with houses, clean water and the material equality they deserve.

Photos. Exhibition The Rise and Fall of Apartheid: Photography and the Bureaucracy of Everyday Life is an encyclopedic view of apartheid and photographic practice and represents the culmination of more than a decade of research supported by the International Centre of Photography in New York, which organized the exhibition. Curated by Okwui Enwezor with Rory Bester, the show features the work of more than 70 South African photographers and artists and includes over 800 images, 27 films, and a book. The exhibition is a field of narratives about diverse photographic practice from colonial ethnographic studies to “insurrectional” image-making during apartheid, with some reflection on contemporary, post-apartheid views.