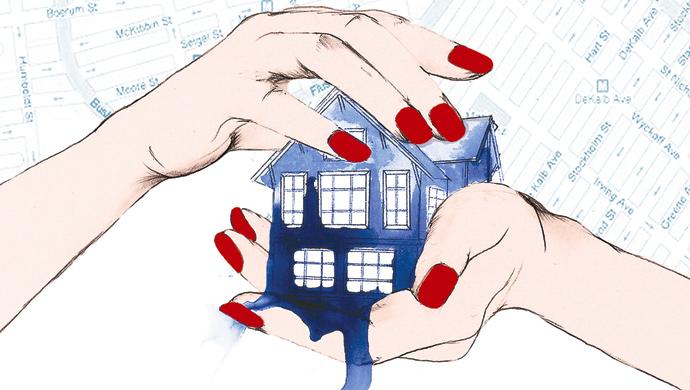 Three years after the market collapse in the US and vacant storefronts abound as tenants argue rent is unaffordable, millions of homeowners are under water, stuck owing more on their mortgages than their homes are worth, foreclosure rates are at unprecedented levels, and many potential buyers continue to remain in limbo. 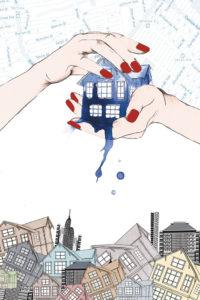 BUYERS WANTED
First, with so many potential buyers still on the sidelines, let’s finally get them in the game. The US government should continue to incentivize purchases with tax credits and lower mortgage interest rates. For example, first-time homebuyers who purchased new homes in 2009 (subject to certain criteria) were eligible for a maximum tax credit of $8,000 which did not have to be repaid. These programs should not simply apply to first-time homebuyers but all homebuyers and should continue for the foreseeable future until the market can fully stabilize.

THE CHANCE OF TAX DEDUCTIONS
Second as the deficit reduction mantra on Capitol Hill picks up steam once again, so too does the opportunity for Washington pundits to talk about eliminating the tax break on mortgage interest in its effort to reduce the federal budget. The Wall Street Journal is reporting that the White House’s deficit commission is calling for $1.1 trillion in cuts. Each year, approximately 40 million tax payers claim the mortgage interest deduction. Congress further estimates that between 2009 and 2013, the federal government will lose $600 billion in revenue as a result. In 2009 alone, the tax break cost the federal government $80 billion. Under current tax laws, homeowners are permitted to deduct the interest paid on their monthly mortgage payments on their income taxes. Ironically, these same Washington insiders also believe Congress wouldn’t dare attempt to eliminate this tax incentive anytime soon since the real estate and mortgage industries are in such dire straits to begin with. Tax incentives help spur the real estate market by allowing so many Americans to own and build wealth in their homes. Thus, eliminating or modifying the mortgage interest tax deduction is simply not the answer. In fact, tax incentives should be prioritized in an effort to avoid market shock by aiding in the revitalization of the US real estate market.

OBTAINING MORTGAGE FINANCING CONTINUES TO BE PROBLEMATICAL
While current exchange rates continue to hover at all time lows, lowering them will inevitably make them irresistible to buyers. Lower interest rates combined with longer loan periods should also be offered by most lenders to homeowners who cannot afford to pay their current mortgage. This is simply not the market for lenders to get cute with borrowers. Loan modifications can help churn the market for the better. Besides, if we get out of this mess, the hope is that the subprime lending disaster is behind us and both institutional and private lenders can return to stricter standards, profitable loans, and healthy balance sheets. Further, obtaining mortgage financing continues to be problematical at both the commercial and residential level. The major issues involve lender bureaucracy in processing mortgage commitments, building issues, and unreliable appraisals. Clearly, lenders must avoid risky investments and subsequent losses at all costs. Therefore, lenders should still comb through pay stubs, bank statements, financial statements, credit scores, and tax returns and only accept the best borrowers. Considering the easier and flexible lending standards over time helped to contribute to this market collapse in the first place. But fewer companies and individuals can obtain financing today because they cannot qualify for a loan or even scrape up the higher down payment requirements now necessary, even considering the lower across the board prices. As a result, the people and businesses that need to sell and obtain financing simply cannot do so.

THE GOLDEN RULE OF THIS MOMENT IS TO NEGOTIATE WITH THE HOME OWNER
Third, housing prices and rent must remain as low as sellers and landlords can stomach to help weather the storm and stabilize an ever so decreasing investor confidence. Housing prices peaked in early 2006, started to decline in 2006 and 2007, and may not have hit rock bottom yet. According to the Wall Street Journal, the commercial vacancy rate between January 2008 and September 2010 increased from 12.6% to 17.6% nationwide. Thus, sellers and landlords shouldn’t dare try to push their luck with greedy requests designed to push prices higher than are currently justified. In the commercial leasing context, while all terms of a lease are negotiable, negotiating power depends largely on whether the real estate market is hot or cold. If plenty of space is available, that means tenants can win many concessions from overzealous landlords. Landlords must understand and acknowledge this ever so increasing tenant-leverage in this tight real estate market. Landlords should duly note that a tenant with a prosperous business means a good tenant for the landlord’s bottom line. Even the most novice tenant should be aware that more commercial space is available than is being rented or bought, which drives the cost of rent down. Any attempts by overzealous landlords to pass along as much of the operating expenses of running a building to tenants (rather than charging fixed increase as they did in the past) should be avoided.

JUMBO LOANS
Fourth, tremendous loans should unequivocally not be back in vogue. The Wall Street Journal recently reported that all-time low interest rates are again driving back potential home buyers to large mortgages at a pace unseen since the housing boom of 2001-05. Jumbo loans (those larger than $417,000.00) present far too great a risk to an unstabilized real estate market. Although the difference between the rates on a jumbo mortgage and a conforming loan is at its narrowest spread of 0.43 percentage points since 2007, the overwhelming threat of more foreclosures should help steer the biggest lenders and most borrowers into diametrically opposite directions. Finally, the easiest way to help fix the real estate market is to decrease the unemployment rate that’s still hovering at approximately 10% with sustainable job creation since most people purchase homes when they’re employed. Significant tax credits for businesses that hire more employees could also help aid in jumpstarting the economy. There are no quick gimmicky fixes to a US real estate market that is entwined with so many complex issues. What these five proposals conclude is incremental change grounded in revitalizing the real estate market by allowing it to return to a state where the vast majority of those who would like to buy do not face overwhelming barriers to ownership, and the people who currently own and would like to sell are able to do so efficiently, effectively, and hopefully at a profit.

Expatriate and real estate
Nowadays the age range is much higher, expats are normally aged 35-45.
Borja Sierra is the CEO for Continental Europe at Savills a leading global real estate service provider. Companies usually tend to help expats incorporating a number of items on the package as Mr. Sierra explains, ”Expat life packages often include moving costs, schooling, health and house, however some of these packages have been narrowed down because over a period of time the number of people who are prepared to move outside of their country on the market has been rising.” Nowadays the age range is much higher, expats are normally aged 35-45 which makes it much more difficult to move considering that at that age people probably have bigger families, so are in need of bigger houses, and also if you have to move kids of certain ages things become more complicated. He also explains that today expats move to a foreign country to gain personal and professional experience that will allow them to continue travelling and earn more money. As Mr. Sierra states,”they are looking to move to foreign countries as an opportunity to gain experience, professional experience that would allow them, unless they decided to go back their country, to continue travelling around the world and learning new experiences and earning more money.”

Hong Kong, China
More local talent is being discovered in the real estate market, making expatriates less needed.
Helmut Weih, real estate manager for CBRE, started out in Germany and has since spent 5 years in the US and 3 years in China where he currently resides. He stated, “about 90% of key positions in the company are taken by local talent and only 10% are expatriates because you don’t need more than that. You can find good people locally now.” Today’s expatriate will see the willingness and capabilities of employers to provide packages has declined over the last few years. This is not about cost control, but simply supply and demand of talent. There are less expatriate positions and more people are willing to go abroad.

Let Me Tell You About My New Life