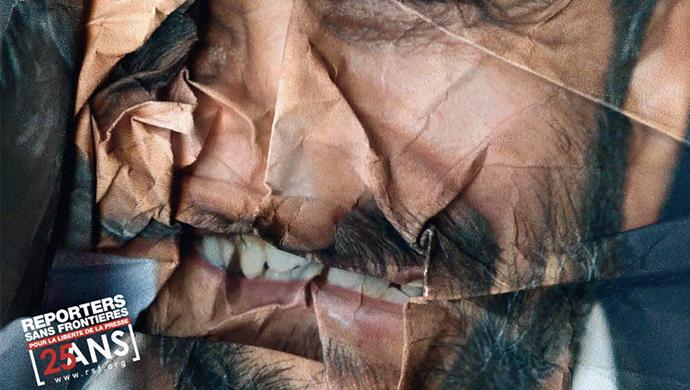 A fraught situation dominates the north africa and the middle east, threatened by wars and economic decline. With some exceptions.

EGYPT, THE REVOLUTIONARY FORERUNNER
Liza Laziza moved to Cairo in 1990 to “live her dream.” An Iranian by birth and a fluent Arabic speaker, she saw Egypt as a spiritual home, a place where she could hone her skills in that most Middle Eastern of arts, the belly dance. Eleven years on, she maintains that the cultural and artistic decline in oriental dancing in Egypt mirrors the decline in living standards and general hardship that led to the popular revolt forcing Hosni Mubarak from power.  “Oriental dancing is popular across the Middle East, but it was once revered in Egypt. And it no longer is. It’s about feeling, expression, femininity, power … all in a dignified way,” she explains. “But in more than ten years in Cairo, I have come across corruption and suspicion. I’ve been questioned by the National Security. These are things that will take a lot of changing. Nile TV, they call it. Denial TV is what I call it. Yes, it’s a free country – but actually it isn’t. Ever since 9/11 and the invasion of Iraqi there has been a clear social and economic decline.” The future of Egypt undoubtedly belongs to the youth that gathered night after night in Tahir Square; the many who kept blogging when the Mubarak regime tried to control the internet; and those who used social networks to organize demonstrations and send videos for airing on foreign news broadcasts. Thirty years Mubarak had been in power, standing unopposed in five national elections.  However, bravery will only get a country so far – just as the Tunisians had discovered weeks before and the Libyans were soon to learn. The many who chanted for Mubarak’s resignation will now need jobs if they are to prosper. There is skepticism over how open the elections will be once the interim military rule ends. And pro-democracy activists were quick to gripe that the constitutional reforms brought in with the March 20 referendum have not gone far enough. “What I found myself watching from my balcony was the demand for basic universal rights,” says Laziza. “The right to be heard, to elect, to not need to play games. People have had enough. It’s a rich country economically and culturally. It’s got the Nile, the Suez Canal, oil and gas. But I’ve tried to get other people, friends, to talk to you. One said: ‘No, the situation is too delicate, I won’t be able to say anything.’ Another, who works for an international hotel, said: ‘Look, today I’m going to find out if I even have a job because they’re striking against foreigners getting their jobs’.” 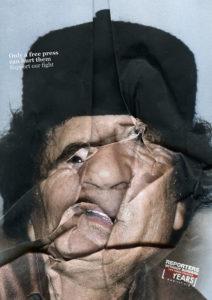 LIBYA, A OMNIPRESENT GOVERNMENT
Across Egypt’s western border things are, of course, immeasurably worse. As the West has intensified its response to Muammar Gaddafi’s attempt to put down the uprising in his country, so international business within Libya has all but dried up. Stavros Platakis, a Greek who has lived in Tunisia for five years and has travelled regularly to Libya as regional general manager of Danish-owned insulin producer and supplier Novo Nordisk, is well placed to comment on both countries. All dealings with Libya, he says, have been put on hold. But he stresses that, even before the trouble began, it was an utterly different country to Tunisia.  “Libya is a country under repression, with extremely high levels of corruption,” he says. “You feel the government is omnipresent in everything you try to do. Everyone you talk to will refer to a decision by the leader, the leader being Gaddafi and his regime. And you cannot deal directly with the government, you need to be represented by an agent. The fact that we have had to change agents three times in five years shows you just how much we, as a company with very high ethical standards, have struggled.”

THE ATTRACTION, OF COURSE, IS THAT IT IS LARGELY A VIRGIN MARKET
“The overall market in Libya is worth 10 million euros, while in Tunisia it’s 15 million euros,” Platakis says. The difference is that in Libya it’s been growing 20 percent a year for the past few years whereas Tunisia is a fairly mature market. It has a healthcare structure and a professional capacity level that are quite advanced, and not just compared to Libya but also to other countries in the region – Egypt, Morocco and Algeria.

TUNISIA, UNEXPECTED REVOLUTION
He describes Tunis a pleasant home for five years, largely free of corruption at the level of business carried out by his company. The revolution, he says, came unexpectedly.  “I don’t think anyone expected things to advance so dramatically,” he says. “You could hear gunshots and see fires across the city but because of the curfew and the lack of information coming out of the state-controlled media, it was difficult to get information. This lasted three days until the establishment of a transitional government and things became calm quite quickly again.” For all that, the systems established by a leader (Zine al-Abedine Ben Ali) whose party won three successive “99.9 percent” election victories, will take time to unwind. “It has come out how much the real economy was controlled by the old regime,” Platakis says. “His extended family controls 35 percent of the country’s GDP. Just transferring ownerships of the companies – in banking, tourism, electronics – will be very time consuming.” The previous regime, he said, effectively set up a police state, which had the benefit of making Tunis a safe city to move about in at night. “That has changed a bit but, definitely, people feel positive,” he explains. “They’ll now have to learn how democratic societies work, which is not easy, particularly with monthly salaries that amount to 150 euros for a policeman and 800 euros for a university professor. And the big question, of course, is how a transitional government will be able to effectively manage the country’s budgets in the short and medium term.” The other question is how much Tunisians, Egyptians and other populations across North Africa and the Middle East will learn from the mistakes of the past. And how they will learn from each other. 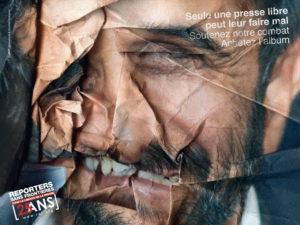 SYRIA IS A CASE IN POINT
Until anti-government demonstrations turned violent and forced the resignation of the government on March 29, it was a country characterized of late by its relative stability and growing prosperity. Symbolically, a nation once defined by its wars with Israel and a heavy hand against political opponents had managed to build a reputation as an up-and-coming tourist destination, even benefiting from cancellations in Egypt and Tunisia. But consider the words of tour operator Sharif al-Ferm, interviewed just before the first of the demonstrations which have resulted in more than 60 deaths.“I’ve been involved in tourism in Syria since 1983 – and, specifically, as the owner of Dawn Creative Tours since 1993 – and you wouldn’t believe the difference between then and now,” he said. “Cultural tourism is now our mainstay – from America, France, Britain, Germany… There have been some cancellations, but hotels in April and May are overbooked. There has been a strong push to renovate Old Damascus and Old Aleppo. We have a young, dynamic president and we have confidence in his reforms. This sounds like propaganda but, honestly, it is not.” The president he is referring to is Bashar al-Assad, a former eye doctor who was propelled into Syrian politics when his brother (and apparent successor to their president father) was killed in a car crash. A reformist, he found many of his attempts to restructure local politics and society during his first seven-year term blocked by the old guard. But his second term (he, too, stood unopposed) has, indeed, proved more successful. “Just three months ago,” al-Ferm recalls, “I took a French tour operator to dinner and the president came in to the restaurant with his wife – no body guards, nothing.” That these quotes are perhaps now redundant serves merely to underscore that reform built on sand is bound ultimately to collapse, and the speed with which popular revolts in the region have spread. Of course, the warning signs were there all along. Most Syrian media is state-owned and criticism of the president and his family has long been banned.

TURKEY, A SUCCESSFUL MODEL
Undoubtedly a better example to follow lies further south. Turkey is geopolitically positioned between East and West (even Istanbul is split into so-called Asian and European sides) and, for the most part, is a nation been built on fiercely protected secular values. It has also enjoyed successive years of economic growth, recently surpassing eight percent at a time when its neighbor – and long-time adversary – Greece is still very much in the throes of recession and IMF supervision. “Everyone here is talking about Turkey being a successful model for the Middle East and North Africa,” comments an employee of a pharmaceutical company in Istanbul, who requested his identity remain concealed so that he could talk freely. “The economy is probably the fastest growing in Europe. You can see the prosperity. There has definitely been a change. Beautiful shopping centers are springing up and expensive cars are appearing, even though they are no faster than other cars in the Istanbul traffic. Healthcare has also improved.” He offers a warning, however: “People are wary of the [Erdogan] government’s plans because they seem more Middle Eastern than European. There is a feared Islamization. Yes, it is a democratically elected government but the majority of the AKP party supporters live in the less-developed Anatolian [central] part of the country and not the coastal areas. Most of my colleagues are against the government. But at least different parties are represented in parliament. There is a kind of democracy here.”

Photos. A campaign warning sign. In 2011, the dictators will be crumpled. Reporters Without Borders denounce the “Predators of Press Freedom” by releasing its 2010 annual list of the worst violators and launching its latest high-profile campaign ad. The campaign was designed by Saatchi & Saatchi and the artists Stephen J. Shanabrook and Veronika Georgieva.