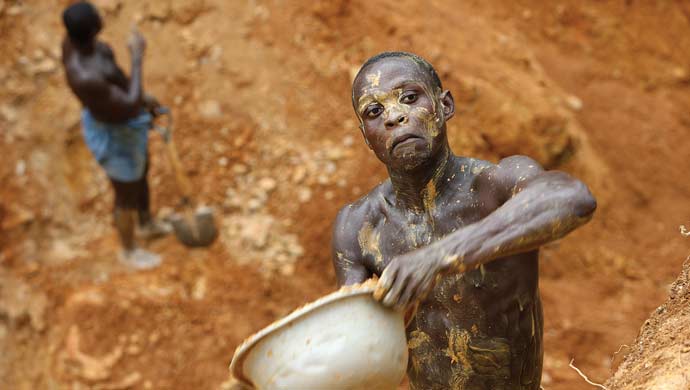 Despite the increasing GDP, Africa is still a huge continent with huge problems to face. Part-time work, unregulated work environment, widespread illiteracy are still undermining the potential growth of the country.

After five bumpy hours off the tarmac, our 4×4 arrived at the tiny Port of Monenzo where an occasional ferry runs across the Kwilu river to the town of Djuma. It was late afternoon in Bandundu Province in the Democratic Republic of Congo (DRC), where years of centralized disdain have left the country virtually without infrastructure. Susanna Kifera and her son ran aboard the ferry. With them, they had a beautiful brown goat on a rope and its bleating two kids in a bicycle basket. ‘’We have waited all day to cross the river. The ferry only runs when a vehicle comes and its driver pays the ferry-master. We are taking the goats to the doctor,’’ said Mrs Kifera. Thinking she meant the vet, I enquired what was wrong with the goats. ‘’Nothing,’’ she snapped indignantly, ‘’they are fine animals. So why take them to the doctor ? ‘’My husband is sick and the hospital on my side of the river wants 80,000 Francs (63€) to treat him. I am hoping the Djuma doctor will take the goats.’’ Later, the doctor, Alain Mugoto Byamungu explained that he would travel to see her husband. The value of the goats would cover his transport costs. ‘’My hospital is run by Jesuits and funded by Spain so we do not turn anyone away but patients are asked to contribute what they can.’’ In common with all Congolese doctors, Byamungu, 29 years old, has not been paid a salary by the state since he qualified. In the DRC, the story is the same for all health workers, for police officers, some soldiers, magistrates in the lower courts and many civil servants. They effectively privatize their services. You can call it corruption or plain survival. 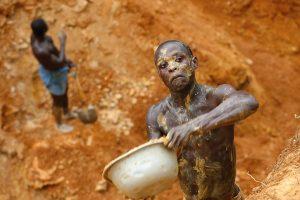 The DRC has one of the harshest work environments in Africa. But even in other countries of the continent, the work environment is largely unregulated. It is fair to estimate that 80% of the African continent’s workforce is in temporary employment. Cowboy entrepreneurs, especially in the retail and mining sectors, make the most of the situation. International corporations, with an eye to the social responsibility pages of their annual reports, often try to do better. In Uganda, Nile Breweries, owned by the world’s biggest brewing company, SAB Miller, has begun making beer from sorghum. The Eagle Lager project creates work for thousands of small-scale farmers and allows the company to reduce its imports of barley from Eastern Europe. But the process involves high levels of commitment because local farmers are often illiterate and cannot produce the volume required by Nile Breweries due to a lack of machinery and chemicals. In West Africa, the past five years have given the agricultural sector cause for hope, as the European Union has begun – for its own motives of cost-saving – to scale down agriculture subsidies. For the first time since Ghana’s independence in 1957, the cost of buying a chick, feeding it to adulthood and slaughtering it competes favorably with the price of buying a dumped frozen chicken from Europe. 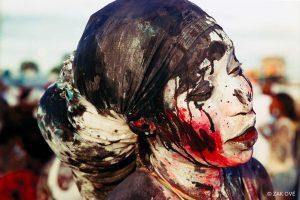 What now needs to happen is for African governments to shift their attention towards elevating millions of people from subsistence farming into large-scale food production. But climate change is an obstacle as is the United States’ continued heavy subsidy regime towards its cotton and corn farmers. Nevertheless, the African worker has plenty to look forward to. A recent McKinsey report, Lions on the Move, fleshes out much of the potential for the continent. According to McKinsey, African GDP rose by 4.9% between 2000 and 2008. Africa’s combined consumer spending reached $860 billion in 2008 and, by that year, 316 million people had bought mobile sim cards. Africa contains 60% of the world’s total arable, uncultivated land. The figures prove that not only are Africans working – albeit in conditions that are often harsh and with little hope of a pension at the end – but that it is time to shed a range of stereotypes. Most people think African economies are chiefly dependent on minerals. In reality, natural resources account for only 24% of Africa’s total GDP. The service industry – including wholesale and retail businesses – accounts for about 36% the total. A lot of people think Africa is riven by conflict. In fact, wars are in decline and governments are actively working together, under the banner of the African Union and regional customs groupings, to cash in on the peace dividend. And the world is not standing by foreign direct investment, driven by India and China’s emergence, has burgeoned from $ 9bn in 2000 to $ 62bn in 2008. For the time being, Africa remains a continent of temporary workers scraping by on an average of Dollars per day. 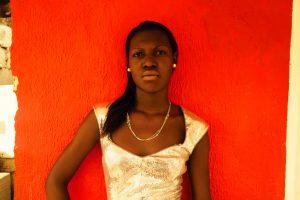 Typical jobs are temporary – selling telephone top-up cards at traffic lights, giving out medication from a bicycle, or Coca-Cola from refillable glass bottles. Out of a total population estimated at 600 million, only about 20% of the workforce has fixed employment in the private sector or in the civil service. In the absence of functioning trade unions and banks willing to take chances with small and medium enterprises, the workforce will remain largely part-time. Africa needs to fulfill its agricultural potential and it needs a manufacturing industry. It needs to become more like South Africa with its democracy, its growing health service, as well as its architects, fashion designers, intellectuals, merchant bankers and entrepreneurs. The land of opportunity that is South Africa today has come with a heavy price. The country is what it is due to 40 years of isolationism under racist white minority rule that created a self-sufficient economy. But even South Africa has its problems. The wealthiest 10% of its population share 51% of the riches. The poorest 50% are left with 10% between them. In 2006, half of black South African households earned less than 1,670 Rands (175€) per month. Only 9% of black South African households had a monthly income of 7,500 Rands (785€) or more. One hears a lot about the Chinese juggernaut in Africa but a number of European entrepreneurs are moving into South Africa with beneficial effects, including breaking the traditional paternalistic relationship with staff, in favor of a work culture demanding individual commitment. One such is Swede Jonas Sandström who runs two guesthouses and a travel company in Cape Town. ‘’The weather is great and that can blind you at first,’’ he says. ‘’This is a tough place to work. The staff comes from a very poor education system. I run geography classes so my employees can talk about their own country to the guests. I want all my staff to do all the jobs – from vacuum cleaning to receiving the guests – so we have a duty rotation system but that is completely new to them.’’ Sandström is grateful for the experience he has earned, but insists that working in Africa requires hours of patient commitment. ‘’It is gratifying to feel your input is helping people to progress but coming as I did from Europe I was not ready for the experience of running a hotel that would be staffed by people who had never in their lives stayed in a hotel or eaten out at a restaurant. It’s hard to get your mind around that situation until you have lived it.’’

High rates of poverty in Africa mean that some families send their children into the workplace, even though primary school is compulsory in all countries. Cocoa plantations in Côte d’Ivoire and Tanzanite mines in Tanzania are among the places where lithe, nimble-fingered youngsters have been found toiling, often in deplorable conditions.

In West Africa there are reports of parents sending children they cannot feed to Koranic boarding schools where they are exploited. Unicef is among the international organizations attempting to address the trend, notably in Benin, in West Africa, where employers are asked to release their child staff several mornings a week for schooling.

Africa: See You See Me. Organizers: New York University La Pietra Policy Dialogues, NYU Africana Studies e fsm gallery. Africa: See you See me is an exhibition that uses photographic practices in Africa to draw attention to the ways in which Africans represent themselves, and the growing influence of these selfrepresentations in shaping general contemporary modes of photographing Africa. Africa: See You, See Me! portrays the history of African photography and its influence on non-African imaginings of Africa and the African diaspora in all their diversity. Together, the 35 photographs are texts of African subjectivities, archives of history and societies in the making, and methods for understanding how images contribute to emancipation.

Images of reality and new images