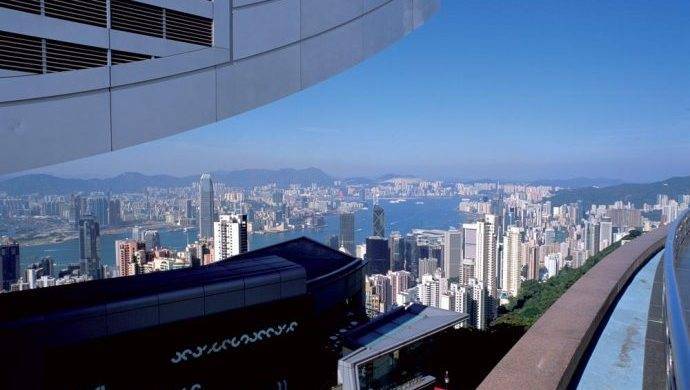 Hong Kong is a small, open, trade-dependent economy which saw its GDP growth rate drop from 9.5% in 2007 to 3.8% in 2008. Hong Kong University’s APEC Study Centre expects a contraction of 3.1% in 2009 while the Asian Development Bank (ADB) forecasts Hong Kong to grow at 3% over 2010, benefiting from its proximity to a rapidly recovering mainland Chinese economy. 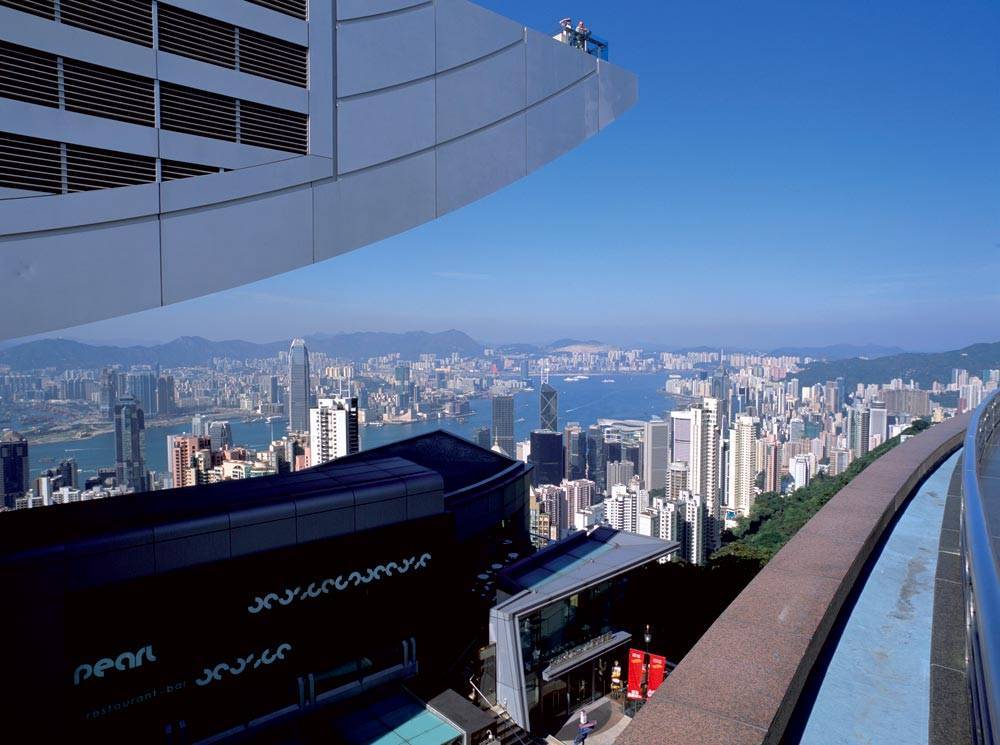 View from the Peak Tower. Perching on The Peak at 396 metres above sea level, it is one of the most stylish architectural icons in Hong Kong, with an avant-garde design representing the epitome of modern architecture.

Twsm sought commentary from a range of perspectives on Hong Kong’s current and future economic prospects.

ECONOMIC SECTORS MOST AFFECTED BY GLOBAL DOWNTURN
Hong Kong continues to play a key role in the re-export of goods from China’s Pearl River Delta to North American, Japanese and Western European consumers. Long-time economic commentator and International Herald Tribune columnist, Philip Bowring, points out that amongst the territory’s four ‘pillar industries’, trading and logistics has been pummelled with continued weakness in global consumption. For the months June to August 2009, for instance, Hong Kong’s total merchandise trade contracted by 14% from its equivalent period in 2008. Another flow-on effect, observes Christopher Hammerbeck, CEO of Hong Kong’s British Chamber, has been a downturn in producer and professional services linked to trade and logistics, including shipping and container handling. The Government’ modest counter-cyclical budget deficit, equivalent to 2.4% of GDP, is aimed at cushioning domestic job losses with unemployment peaking at 5.8% in September 2009, from its low of 3.4% in June 2008.

AREAS LIKELY TO RECOVER QUICKEST
While financial services have felt the shocks of last year’s global turmoil, Charles Ng, Associate Director General of the Government’s InvestHK, notes that the lack of debt overhang and the SAR’s proximity to China has spurred recent buoyancy in the trading of Hong Kong and mainland-listed shares. He also keenly highlights initiatives to fur33ther develop the territory as a centre for offshore RMB exchange, citing the recent issuing, in Hong Kong, of Chinese Government RMB-denominated bonds. Recently, HSBC – now amongst the world’s largest banking groups – announced the relocation of its London-based CEO, Michael Geoghegan, back to Hong Kong. Hong Kong’s tourism sector, with nearly two-thirds of its inbound visitor arrivals comprising mainland Chinese has been largely insulated from global downturn. Visitor numbers were more impacted by stringent border-control efforts to limit the potential spread of the H1N1 virus during the first half of 2009. From January to August 2009, total tourist numbers declined by 3.4% from the same period in 2008. By contrast, the Tourism Board recently reported a 15% annual increase, over 2008, in the number of mainland visitors during China’s eight-day October ‘Golden Week’ holidays.

HONG KONG IN THREE YEARS TIME
In addition to leveraging its transparent common-law system to expand a repertoire of financial, professional and technology-related services, Robert Schuddeboom, Consul General of The Netherlands, also points to the imminent commencement of key transport infrastructure projects across and beyond Hong Kong. Announced by the SAR’s Chief Executive in 2007, these planned investments include strategic extensions to Hong Kong’s MTR subway system, a high-speed rail-link to the neighboring cities of Shenzhen and Guangzhou, as well as a planned bridge across the Pearl River Delta to Macao and its neighboring city of Zhuhai.

PROSPECTS FOR THE FUTURE
With the cost of the Chief Executive’s infrastructure projects expected to run into hundreds of HK$ billions, Philip Bowering is circumspect, regarding the benefits to Hong Kong from being so rapidly and more fully integrated into China’s Pearl River Delta. These investment sums can be better channelled towards systematically addressing those local sources of Hong Kong’s air pollution problems, including its coal-fired power stations, road and marine transport systems, he reasons. Air quality is often cited as one factor hampering Hong Kong’s attractiveness as a place to live amongst global managerial and professional talents otherwise drawn to Asia’s growing global financial clout. Striving to maintain its clear lead amongst Asia and China’s emerging metropolises by adopting the best of the globe’s practices, whether legal, financial, accounting, health, urban planning, building and other standards, would better maximize Hong Kong’s future economic prospects, argues Bowring.

CONCLUSION
So despite the economic downturn during the last year its seems that the projects planned to maximize development of Hong Kong’s economy are promising. In fact, the unemployment rates in Hong Kong slightly decreased between August and October 2009. The government commented that the labour market will continue to improve along with the economic recovery. Therefore it seems that Hong Kong will keep on roaring, thanks to its transport infrastructure projects, and proximity to mainland China, a dragon that is now back in full economic growth.

Communism for the Rich