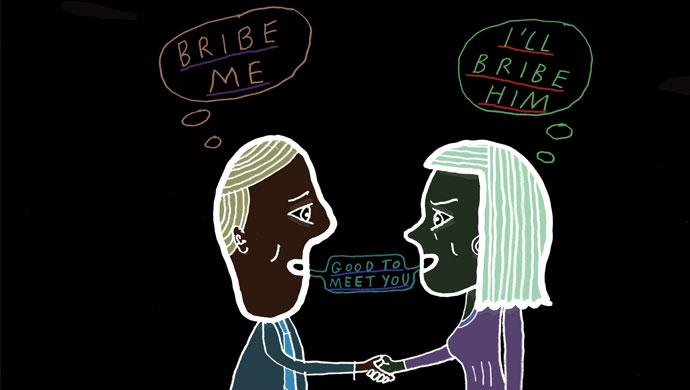 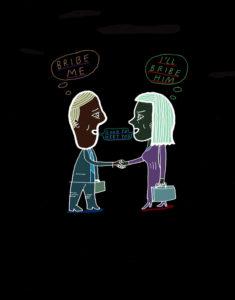 Doing business using corruption is a short-term game. Usually a bribe leads to extortion. The official receiving or wanting to receive bribes and the mediator or the agent paying them on behalf of contractors will want more, or will want to put a price on their silence. Corrupt deals are neither stable nor secure. The problem is, if one company does it, its competitors are not in the same level playing field. Other companies will have to play along if they want to stay in business. The game is over when one stops “getting away with it” and the justice comes in. The game is fully over if a company not only loses its reputation but is completely out of business. Most people think there is nothing they can do. This is not true. You know corruption is a risk, if not a fact. What do you do? Despair is not an option. The first is making a real assessment of your operations risks, vulnerabilities and actual problems and see what is in your hands and what not. Some things can actually be addressed collectively. A company can sit together with its clients or with its competitors to change the ground rules. These “collective action processes” or “integrity pacts” however you want to call them, have worked well in various instances of specific public procurement procedures and some other times even in setting industry-wide agreed upon rules of the game. Important is that these processes are monitored and facilitated by independent parties, who also give the assurance that the agreement is not violating any anti-trust regulations. The new airport in Berlin Schönefeld has been built using successfully integrity pact processes with its suppliers and contractors.

Two gangsters robbed a bank. Thanks to an anonymous hint, they were caught by the police, but the prosecutor lacks evidence. He jails them into separate cells and proposes to each of them separately the following deal. “If you confess and denounce your partner, I can offer you witness protection and impunity. I will propose the same deal to your friend. Think about it; I’ll come back to you tomorrow.” This is the famous prisoner’s dilemma: It would be better for them to remain silent. However, the incentive for each of them individually is to confess, as they cannot rely upon one another. Now, what does this have to do with corruption in public contracting? Think of five firms competing for a lucrative contract with government, in which there have been rumors of corruption in similar processes before. Each firm is facing the question: Shall I compete for the contract based on quality and price, or shall I try to secretly influence the decision to favor my bid? In order to get a public contract, the temptation is strong to try a shortcut. But such behavior is myopic and may backfire. Often, the same manager who gains contracts through corruption for the firm ends up using his corrupt know-how against the firm, e.g. diverting funds for his desperately needed new swimming-pool. Also, corrupt deals are risky: You cannot run to a judge if the deal fails. Intermediaries may behave opportunistically, promise you something they cannot deliver, and then run away with the front payment. Firms may also expose themselves to extortion and blackmailing afterwards. And they should consider that having a corrupt reputation may actually lead public officials to ask for bribes upfront! So there are reasons for firms to work on overcoming this dilemma.