Country Guide | Where to Work

Kokimoto is unique in its own way, forever seeking, always different and provocative, a hit with young and old, insane child of the transition from one reality to another, handling the manipulative time in which he lives. Idealist with a clear sense of reality. 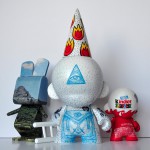 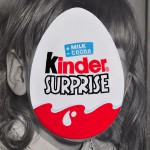 Photos are courtesy of the artist. Photography, acrylic paint on woodboard. 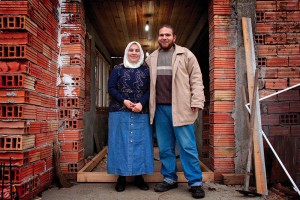 Finding a job is crucial for refugees finding their feet in a new country. But in Bulgaria, for most refugees finding a job and making ends meet is an arduous task. The Iraqi Palestinian family, Sammy and Maha Mahmud and their four daughters, buck the trend: they are among the few refugees in Bulgaria who have managed to set up their own business and run it so successfully that they are now self-reliant. On a dairy farm near the village of Ezero, some 15km from the Banya Reception Centre where they lived while waiting for their refugee claims to be decided, the family raises goats and cows to produce milk, cheese and yoghurt. Using traditional skills and knowledge she brought with her from Iraq, and an old family recipe, Maha makes cheese that attracts buyers from around the country. Some regular customers come from as far as Sofia, almost 230 km away, for the coveted Arabic version of white cheese, Djiben abiot. The couple is now planning to buy more land, extend the business and open a professional dairy farm. 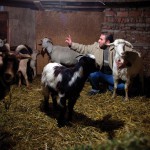 Sammy and his goats 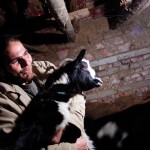 Sammy Mahmud and his most productive goat, Farhad 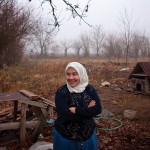 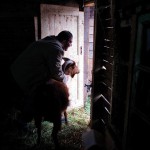 Sammy Mahmud and one of his goats 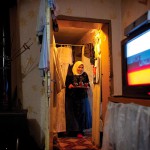