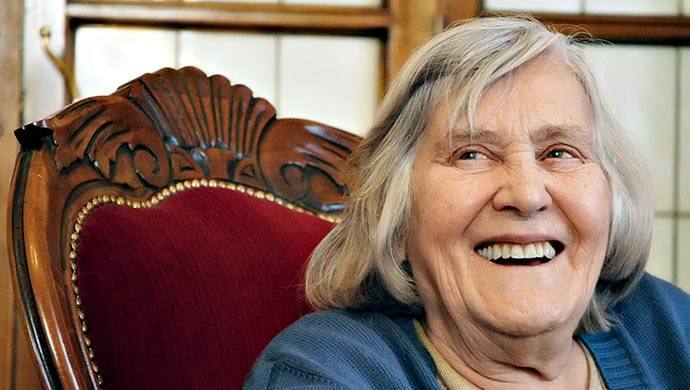 Academic activities, research and teaching, are inextricably linked to social commitment. Spreading knowledge is a scientist’s duty, who ‘returns’ the fruits of their labor to society. In astrophysics, this also means giving answers to people’s fears and curiosity. 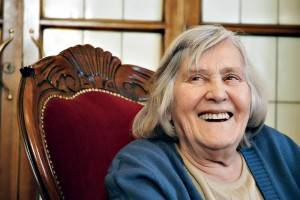 Margherita Hack was born in Florence, Italy, on June 12, 1922. We go to print two days before her 88th birthday after meeting her in Trieste, her adopted city where she lives with her husband (Aldo De Rose, married in February 1944), a dog and six cats. Margherita is in splendid physical shape and expresses herself with an innate rebellious attitude.

TRAINING
Her passion was unleashed by her first research on ‘Cepheid variable stars’, which led her to a degree in astrophysics in 1945, and inspired her to follow her accademic path. Cepheid variable stars is the name of the variable stars studied and then presented in 1912 by Henrietta S. Leavitt, an astronomer at Harvard. Margherita is direct on the theme of women’s liberation “What counts in life is grit and competitiveness.”

TRAINING
Her passion was unleashed by her first research on ‘Cepheid variable stars’, which led her to a degree in astrophysics in 1945, and inspired her to follow her accademic path. Cepheid variable stars is the name of the variable stars studied and then presented in 1912 by Henrietta S. Leavitt, an astronomer at Harvard. Margherita is direct on the theme of women’s liberation “What counts in life is grit and competitiveness.”

ASTROPHYSICS OBSERVATORY OF TRIESTE
At one time, physical endurance played a key role “Think what it means to spend nights watching the stars in a cold place like a dome.” In the ‘60s, with the development of IT, research had a significant boost in terms of data collection and also in the practical sense of the activity. “Size does not matter like in the past” when the prestige of a laboratory was based on the diameter of the telescope. Today’s telescopes are owned by international consortia. They are located in Chile and other places where there is a clear visibility of the universe. After the war, Trieste became a ‘science city’ at an international level. Empty of its industry, because of the fear of the Soviet bloc that was about ten kilometers away the vocation of the city became attracting men of science who leaned towards the rich and well-organized Physics faculty. Margherita, who was not a part of that faculty, found a way to enter the field, and took the opportunity to launch her observatory, thanks to the connections with her international academic colleagues.

CHANGE
“Changing the world of research was part of my job.” When Margherita started her journey, the Italian Universities were ‘in the hands’ of the so called ‘Barons’, who were controlling the power. The movements of ‘68, from which a new Era for the sector began, saw Margherita as amongst the most determined scientists. In this period the ‘College of Teachers of Astrophysics’ was created, which directed research at the international level towards more exchange of experience and with an equal treatment between national observatories.

PRACTICAL AND EPHEMERAL
Margherita is a very practical person who has never engaged in active politics “Because people in parliament speak too much. What I love about politics is the possibility for people to compare their opinions, in other words the ‘public discussions’ is what I really like!”

THE LIGHT FACTOR
“It’s plausible to think of other life in the universe”, however, to reach them it would be necessary to travel a distance of at least 20 light years. We should build a spaceship where “several generations can live and reproduce themselves while traveling” and then return with some information for their descendants. “The distance is thus the reason why we postpone meeting extra-terrestrial life.” Indeed, the speed of light is a limit that we cannot cross.

RELIGION
“We atheists believe we should act according to our conscience to a moral principle, not because we expect a reward in heaven.” She doesn’t get excited when talking about religion, but if someone involves Margherita, she says that “Religion has given people many answers that were not there and that are still not there.”

POLITICS
“I have a right to be indignant.” The research base has undergone strong cuts and she argues that “There is no innovation without research.” A Country that does not invest in this area is destined to an inevitable decline. Margherita Hack is an extraordinary person. She talked with us for an hour sitting in her kitchen, with absolute clarity and simplicity. Without any notes, she opened the starry wonders of the universe in front of her. Margherita is a direct person, cheerful, ironic, dressed with absolute simplicity in colorful pants and a shirt, like a teenager. We felt like she has always been our friend.

A Good Look = Money and Success