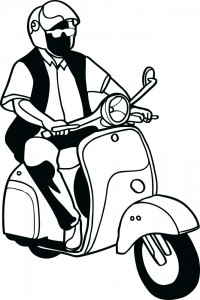 Environment
A total of 356 days were rated as “good” or “basically good.” Drinking water quality reached national standard. The non-hazardous treatment rate of urban waste was 94.6 percent. Shenzhen has built a comparatively complete system to monitor environmental quality and sources of pollution. There are 29 stations automatically monitoring air, water and noise polluters at present. The city is speeding up the construction of China’s pilot ecological city and a model city of low-carbon living. The world’s first batch of electric taxis hit the streets in Shenzhen in 2010. Shenzhen, also known as the City of Parks, has a pleasant natural environment. It has 683 parks totaling 20,541 hectares of green land. In June 2010, Shenzhen launched a plan to build a greenway network. According to the plan Shenzhen will build a network of greenways totaling 2,000 kilometers in length, and residents will have access to a greenway within five minutes’ walk. By the end of 2010, 335 kilometers of greenway had been completed and opened to the public. 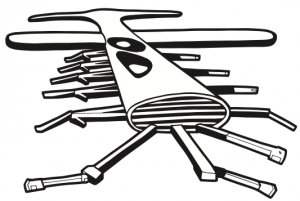 schools, for example, Shenzhen American International School (82 Gongyuan Rd, Shekou, Nanshan, T 0086 755 8619 4750, szsais.org) currently offering instruction in preschool through 8th grade and has plans to expand to school in the future. Alternatively Shekou International School (Jing Shan Villas, Nanhai Blvd, Shekou, Nanshan, T 0086 755 2669 3669, sis-shekou.org) divided in two campuses offers both early childhood and elementary schools as well as middle and high schools. For those wanting to move into academia, there a number of options The first is Shenzhen University (Nanhai Ave 3688, T 0086 755 2653 6108, szu.edu.cn) offering courses in the arts, mass communication, economics and foreign languages among others. You can also enroll at the Shenzhen Polytechnic (Xili Lake, Nanshan District, T 0086 755 2673 1000, szpt.edu.cn) offering courses in engineering, design along many others.

Hospitals
Shenzhen has many public hospitals in the city. If you plan to seek care at a local hospital, be prepared: patients usually go through a series of procedures. Visits to local hospitals are usually met with long lines and wait times, and it can be confusing for newcomers to China who are used to Western-style healthcare facilities. Additionally, it is advised to bring someone who can translate, as doctors at local hospitals seldom speak foreign languages. Peking University Shenzhen Hospital (1120 Lianhua Road, Futian, T 0086 755 8392 3333, pkuszh.com) is one of the best healthcare facilities in the city, alongside with Shenzhen Second People’s Hospital (3002 West Road, Sun Gang, Futian District, T 0086 755 8336 6388, yyk.39.net) and Shenzhen People’s Hospital (1017 North Road, Shenzhen East Gate, T 0086 755 2553 3018, szhospital.com) There is also an international emergency clinic called the Shekou International SOS Clinic (1/F CMIT Building, No 9 Industrial Rd South, Shekou, T 0086 755 2669 3667, internationalsos.com). The clinic is open from Monday to Friday from 09 am to 12.30 pm and from 2 pm to 6 pm. If you have an afterhours emergency there is another number to call for the clinic, it’s the 0086 10 6462 9100.