Sport is an important part of the cultural and social life in China. Whether you like to play or observe sports, and whatever your tastes, you will have the 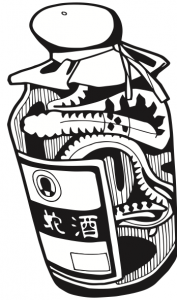 opportunity to watch or take part in a wide range of sporting activities. China traditionally does well competitively at badminton, gymnastics, boxing and table tennis (known as ping pong), in particular. China is a vast country with extensive rural and wilderness areas for outdoor sports. Hiking, skiing and climbing are becoming very popular. Football is also very popular, make sure not to miss a kick off of the Shenzhen Ruby FC (Shenzhen Bao’an Stadium, T 0086 755 8246 9291). If you want to work out for passion or to relieve stress visit the Shenzhen Bay Sports Center (3001 Binhai Ave, Nanshan, T 0086 755 8630 8840), it includes a gym, a pool and a diving natatorium.
www.shenzhenruby.com
www.springcocoon.com

Restaurants
Because Shenzhen is a migrant city, all of China’s regional cuisines are represented here. Restaurants range from hole-in-the-wall establishments for homesick working class arrivals to opulent food palaces for businessmen and politicians entertaining clients. If you are a foreigner, spending 100RMB on a fantastic meal is no problem (though, you can spend less on a fantastic meal in Shenzhen).

Best convenient spots
Shenzhen is famous for its “Eat Streets,” where you can eat well and unexpensively.

Nightlife
You would be delighted to see Shenzhen as the night breaks in. The sparkle of bright lights dominates the busy streets and the sound contemporary music fills the air. Partying is at its best when spending nightlife in the city

Weekend
Over the weekend visit the Dapeng Fortress (Nanmen West Street, Longgang District, T 0086 755 8431 9269, szdpsc.com), also called “Dapeng guarding thousand Families city”, is a colossal building that dates from 1394 under Ming dynasty rule. It is located in Dapeng town in Longgang neighborhood and gives Shenzhen its name of “Peng Town.” For a trip out of town go for Dongguan, a little known city of 11 million people is just twenty minutes north. Check the space age city centre and the Ming Dynasty gates. Visit the Opium War Museum and the great suspension bridge over the Pearl River at Humen. Huizhou is 40 minutes by freeway bus to the northeast, here you can visit the East Lake designed by 12th century poet/administrator Su Dongpo.