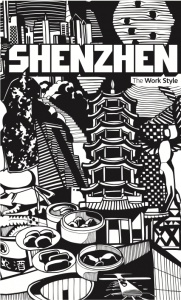 Welcome to Shenzhen! In only 32 years, Shenzhen has grown into a modern metropolis. It established many firsts in the history of world industrialization, urbanization and modernization. In 2012, the Qianhai Shenzhen-Hong Kong Modern Service Industry Cooperation Zone was launched and Shenzhen will continue its historic role as a pioneer in China’s scientific development. One of China’s gateways to the world, Shenzhen is one of the country’s most developed cities and one of the fastest-growing in the world. The city is the high-tech and manufacturing hub of southern China, home to the world’s fourth-busiest container port, and the fourth-busiest airport on the Chinese mainland. It is one of the country’s most popular tourist destinations. The high-tech, financial services, modern logistics and cultural industries are mainstays of the city. New industries of strategic importance and modern service industries are quickly becoming new engines for the city’s economic growth. As a State-level innovative city, Shenzhen has chosen independent innovation as the dominant strategy for its future development. The city is also well-known for design, with more than 6,000 design companies. Since 2003 Shenzhen took the national lead in establishing the strategy for a “culture-based city,” its cultural and creative industries have achieved robust expansion with annual growth rates of more than 20 percent and become important engines for the city’s rapid and healthy economic development.
Last updated: 2014