It’s no surprise that Quebec City was ranked among fDi Magazine’s Top 10 “American Cities of the Future” for its quality of life. The Quebec City region has all of the advantages of a major urban area while remaining in harmony with its spectacular natural environment. It is is an outstanding place to do business, but it’s also organized on a human scale, making it a great place to live! That’s why the region continues to attract a growing number of companies seeking to secure the loyalty of a mobile workforce that is increasingly attuned to environmental and quality of life issues. The Quebec City metropolitan region has one of the lowest costs of living among cities of a similar size. Residents enjoy free access to quality healthcare and education. They also benefit from a social safety net superior to most other North American regions, as well as reasonably priced rental housing, affordable real estate and some of the lowest electricity rates.

Environment
Once dubbed “The Most Sustainable City in Canada,” Quebec City has undertaken numerous green initiatives, including a citywide composting program to reduce waste that was launched in 2010. The city’s two major festivals — Festival d’été de Québec (Summer Festival) and Carnaval de Québec (winter carnival) have made commitments to the environment that include onsite recycling and composting, reusing construction material from past installations and choosing sites that are accessible by bicycle and public transportation. These efforts have helped put the French-speaking city on the map as a historic and eco-friendly destination. Quebec City boasts an impressive number of parks and green spaces. The largest is the Plains of Abraham, a 235-acre park that’s home to an arboretum, formal garden, hiking/biking trails and exhibits that highlight the park’s history.

Shopping
Experience the ambience of the city’s different neighborhoods as you stroll its shopping streets, where you’re sure to find unique treasures. Fall under the spell of Québec City’s charming areas and picturesque neighborhoods. Wherever your curiosity takes you, you’ll go from one find to the next as you explore boutiques, art galleries as well as specialty and gourmet food shops. 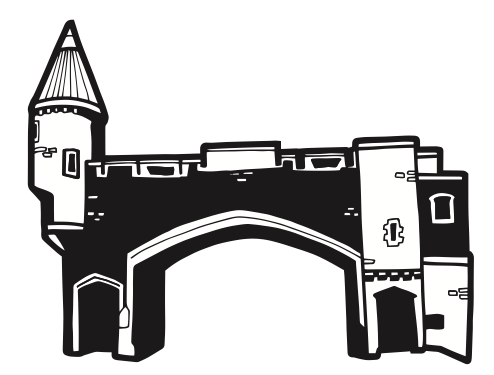 Education
Education begins at the age of 5 with kindergarten and grades 1-6 as elementary school. These are divided into Cycle I for grades 1-2, Cycle II for grades 3-4 and Cycle III (troisieme cycle) for grades 5-6. Mandatory education begins at the age of 6, kindergarten is optional even though most children attend it. Secondary School lasts five years, called Secondary I-V (Sec I-V for short) or simply grades 7-11. Students are 12 to 17 years old. High school students who complete Secondary V receive their high school diploma from the provincial government. Quebec has publicly funded French and English schools. According to the Charter of the French Language, all students must attend a French language schools except those children whose parents have done most of their elementary studies in English anywhere in Canada and the parents are Canadian citizens, or children that have already done all or most of their elementary or secondary studies in English anywhere in Canada, or has a sibling that has received most of their education in English anywhere in Canada, as long as the parents are Canadian citizens. These may attend publicly funded English schools. If a parent had the right to attend English schools, but did not, they do not lose the right for their children. Since 2006, English is taught as a second language in French schools from Grade 1 onwards, and a few schools also offer English immersion programs for advanced students. English schools offer a large range of programs that include French as a second language, French immersion, and fully bilingual programs that teach both English and French as first languages. Dollard-des-Ormeaux School (18, rue Ladas, Courcelette, T 001 418 844 1457, cqsb.qc.ca) has both elementary and high schools. Quebec High School (945 avenue Belvédère, T 001 418 683 1953, quebechighschool.net) is a good option for secondary school. Quebecers must attend 2 years of CEGEP between high school and university. As for higher education the city is home to Laval University (2325 Rue de l’Université, T 001 418 656 2131, ulaval.ca) the oldest education center in Canada. Being Québec City the capital of the province and home to many governmental and administrative offices, it is obvious that the ENAP (555, boul. Charest Est, T 001 418 641 3000, enap.ca), the university for public administration has a campus in the city.

Hospitals
In Quebec, health and social services are provided by the same government department. One of the advantages of this unique feature of life in Quebec is that all of Quebecers’ health and welfare needs can be taken care of free of charge.  The Enfant-Jésus Hospital (1401, 18e Rue, Québec, T 001 418 649 5555, cha.quebec.qc.ca) as well as the Saint-Sacrement Hospital (1050, chemin Sainte-Foy, T 001 418 682 7515, cha.quebec.qc.ca) are part of the Centre Hospitalier Affilié Universitaire de Québec. Other good hospitals in town are the Hôtel-Dieu Hospital (Côte du Palais, T 001 418 691 5042, chuq.qc.ca) and the Saint-François d’Assise Hospital (10, rue de l’Espinay, T 001 418 525 4388, chuq.qc.ca) both part of Centre hospitalier universitaire de Québec. Another option is the Jeffery Hale Hospital (1250, chemin Sainte-Foy, T 001 418 684 5333, jhsb.ca) a public institution that provides a wide range of primary health care services.