Delphine Carincotte, owner, Galerie Delphine Carincotte
Thanks to the mayor, Jean-Claude Gaudin, sites are rehabilitated to bring new dynamism to the city, we can cite Fortin Corbières The Estaque, built in the nineteenth century, a wonderful showcase for Monticelli Foundation exists thanks to the passion of a collector, Marc Stammegna, an area of over 800m2 with you the most beautiful works of Monticelli 1846 1886. Many museums, with a unique history, also exist in the center of Marseilles – The Musée Cantini, seventeenth century mansion, has one of the best French collections covering mainly the period 1900-1960. The list can be long, you can also find the Museum of Fashion, Pottery, docks etc. This city has an incredible cultural richness. Besides the many galleries from Masters Provence (Chabaud Olive, Seyssaud, Monticelli, Verdilhan, Ziem) artists of today. For a dinner out: “The Miramar” ideally located on the Old Port, where you can enjoy the “real bouillabaisse,” one of the best in town. From the sunny terrace, where in the dining room decor has an elegant atmosphere, relaxing that easily give the urge to linger or return. “The Julien” small bistro filled with antiques where local products are selected, my advice – the duck with honey. And as well ‘ The Falbala’ – tearoom and restaurant has cozy atmosphere, filled with vibrant colors. For a walk I take a trip to the Cours Julien, where multitudes of shops, young designers living, originality and imagination are at the rendezvous. It is one of the quieter areas of the city center and because the cars do not circulate. Fountains, play areas for children, terraces, narrow streets, one side very authentic, is what makes the charm of it. Marseille – one Mediterranean city where it is very pleasant to live, work and learn everyday. Having lived in the North and Anglo culture, Marseille is a true delight.

Laure Jegat
I belong to the people who were not born in Marseille, but which adopted this city like theirs. Under a light full with contrast, Marseille offers an intense, rich life of history and of population coming from any horizon. This city is ridge of districts, which have each one their history. Between Marcel Pagnol, Provence, underworld, successive immigrations, socio-economic hopes and political ambitions… the city is changing. Emblem of this city, the Canebière impoverished while the street of the Republique is redone new. From the port of goods at the business district, La Joliette is no longer recognizable. Us can see two horizons from Fort Saint-Jean: a view of the Vieux-Port to cut the breath and the Grand Harbour Marine in mutation. At the foot of the Fort, the foundations of MuCEM appear in anticipation of “Marseille 2013”. Through all this frenzy, places like The Radiant City of Le 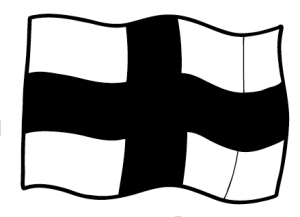 Corbusier, the Vieil Charity with the beautiful chapel of Pierre Puget, the Palais Longchamp, the Museum Cantini … the Corniche and the beaches in the city of Marseille offer beauty, calm and pleasure.

Edwige, photographer
I stay in Marseille because of the quality of life and the climate. You might have problems if you have kids, as it is difficult to find a place at school. Regarding the security, I think that describing Marseille as a dangerous city is a cliche, I live here since 10 years already, and I have never felt endangered. The particularity that differs Marseille from other French cities is that here you may find several ‘poor’ zones like Belsunce, situated in the very center of the city.

Theodora de Coster, owner, Small’s and Fuchsia
Marseille is a construction yard, which is because of the preparation for the European Capital of Culture. It’s really good as some works are finally going to be realized. To live in Marseille, even though it’s a second largest french city, costs less. Unfortunately the purchasing power of the inhabitants is very low as well. Particular signs of this city? The Marseille culture, which is not the French one, and someone who decides to move to live here must assimilate to it.

Anna Palanque, university student
Marseille offers a lot of opportunities for young people. For instance at Fort San jean you can admire a sunset. At Cours Julien you can listen to good music and, as well, find a plentitude of bars. At La Plain on Tuesdays, Thursdays and Saturdays there is a market. Or, there is also, the ‘Friche’ – cultural center, where you can watch theater plays, concerts and restaurants.

Vincent Frisari, taxi driver
The city is well connected, due to good public transport: bus, trams and taxi, therefore if you live in Marseille you do not need a car. Although, due to the preparation for the year of culture 2011, there are a lot of works in progress, therefore the traffic is more difficult. There are, also, districts like ‘Le Panier’ (which was of inspiration for the series ‘Mistral’) where the streets are very narrow and where, therefore, some taxi drivers are not willing to go. Marseille has a lively nightlife, especially at the zone of ‘Old Port’, though most of the ‘Marseillaise’ prefer ‘Aix-en-Provence’ for some amusement.

Jean Marc Oz, bar manager and former entrepreneur
To have your own business, in Marseille, is very difficult, due to the bureaucratic quibbles and as well, it might happen, as in our case, that you have to close due to Asian competition, especially in textile industry. In the suburbs around 80% of the population is unemployed, for instance in the district of Sainte-Marthe.

Bruno George, director, ‘Escale Oceania Hotel’
Marseille, especially in the summer time, hosts French, Belgian as well as Italian, Spanish and American tourists. Starting from the month of September, we mainly have congress tourism. For the visitors of Marseille there are two big problems, as in any other city of Southern France: safety and hygiene. Marseille is a chaotic and noisy city, therefore a lot of ‘Marseillaise’ prefer living in the surrounding country side rather than in the city center. For the foreigners who move to Marseille for work, there are associations, which advise and help to explore the city and thus accelerate the integration process.