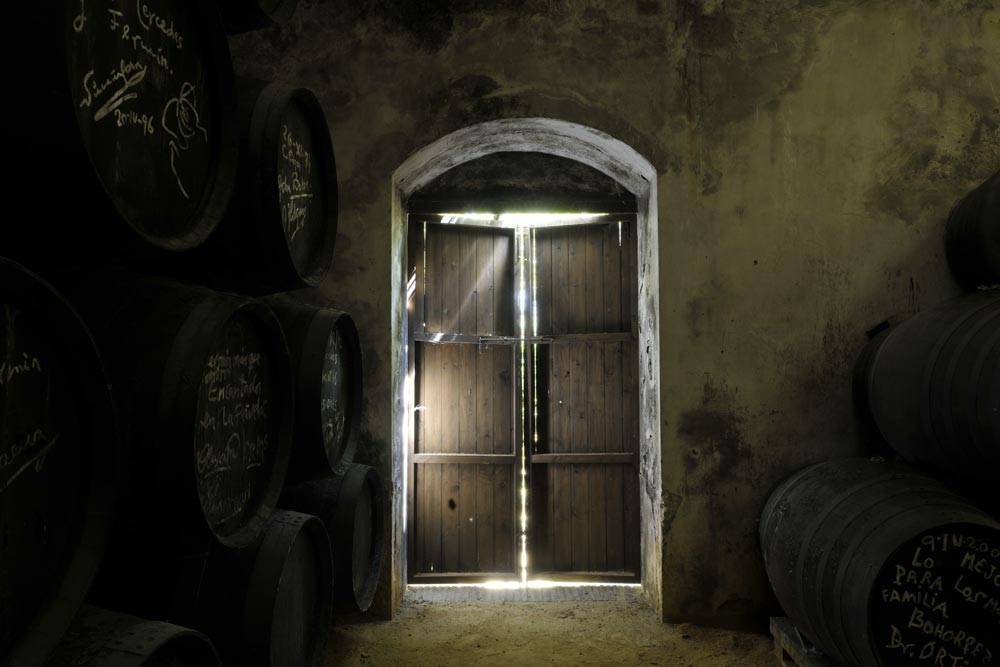 Meeting up with the Bohórquez brothers.

Inner cellars, the indoor track, the garden and harness room

Peter
Peter Vázquez Heredia is the keeper of the finca la Peñuela, a wonderful country mansion close to Jerez de la Frontera, built up and extended over the past 500 years by Bohórquez Escribano family. Peter’s main feature is his deep knowledge of the house and the way to the cellars, visited with much interest, beyond the artistic purpose, by photographer Paolo Mazzo. Sherry is the local product which historically attracted many producers families, such as the French Domecq and the British Osborne, who then settled down in Andalusia.

Carlos and Fermín
Carlos Bohórquez Domecq is a PRE horses breeder, as well as an entrepreneur in agriculture and others business fields. Nazareno XXXII is the champion horse of the house, winner of several competitions, recently sold in Mexico. “Picaso” is the breeder’s favourite coat, although for him it is not much a matter of colour but more of morphology and functionality. Fermin Bohórquez Domecq, 45, is the “famous” brother who has followed his father’s career as a rejoneador. After 25 years, this is going to be his last season on the ring. He decided to retire from competitions because of his “respect towards the audience”. A non-written rule suggests “leaving the game when we’re performing at our best.” Respect means choosing to give the very best to the audience, working hard in order to achieve the highest results and then leaving the scene to others.

Bulls and horses
The horses bred by Fermin are Iberian, but are not PRE. The rejoneador affirms to know them all, one by one, with a certain degree of memory dating back the genealogical tree of the main examples used on the ring. This is because “the competition is carried out successfully when the deepest trust between horse and jinete exists.”
In this industry, trust coincides very often with the term “experience”. “We’ve been on the track for five minutes, my horse and I. In front of us stands one of the most unpredictable, fast, strong and intelligent animals”. The bull takes its defence and attack decisions very quickly “and sometimes it surprises us, eventually even winning.” In cases of serious stress, the horse must be comforted, the jinete must transmit tranquillity. Even when it is the very last thought before action.

Decisions
The decisions on the ring between horse and jinete should be treated aside. Almost always, the man decides about the movements. The horse follows. Sometimes – and here lays the difference between a good and an excellent rejoneador – “the rider understands when the horse must decide.”Among man, horse and bull, the bull looses the match in 99% of the cases. 1% danger should be avoided. Unfortunately, accidents happen quite often.

Experience
There is a fundamental difference between an excellent Doma Clasica (classical equitation) horse and an excellent rejoneo horse. The first is a master at harmoniously repeating a set of exercises, while the second is an artist at immediate decision making. Both, together with their jinete, perform a “sport” which is not recognized as such because the “artistic” side is considered predominant, thanks also to the passion put in their work by these people.