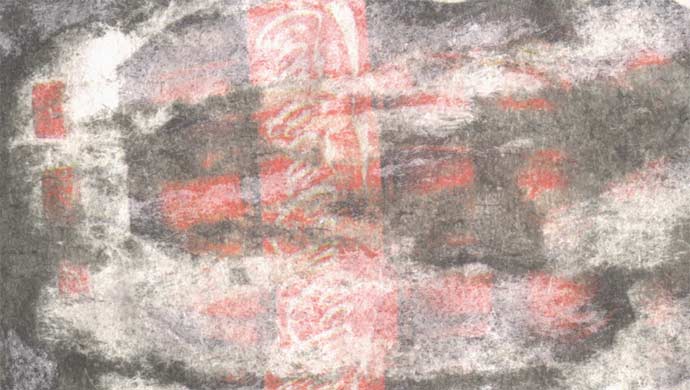 Images of reality and new images

Scardillo bets with brands.  The Scardillo’s challenge is to desecrate advertising campaigns of some big brands, and instead of gathering criticism, he picks up the proposed purchase “manipulated” by the brand. “There is still a “sense of humor.”

AT THE BEGINNING OF THE 1900
At the beginning of the last century, futurists used topicality in relation to new technologies to communicate through visual art. Their work subjects were aircrafts, bicycles and heavy industry gears including the famous and beautiful Baldessari’s locomotive. From 1910 until the eve of World War II, the long futurist wave had practically influenced every master of the twentieth century. The machine, the movement and speed were the basic coordinates of Futurism. In 1926, Fortunato Depero designed the Campari Soda bottle, a sort  of inverted cup, which has become a symbol of Italian design, that remains the same until today.

1950-1960: ROTELLA
From 1950 to 60, advertising was an element of signification progress and a signal of a certain strengthening of commercial brands. In Italy Mimmo Rotella, documented the stratification of advertising works with the technique of décollage. Rotella identified the advertising’s growing pressure with thousands of advertising messages that blend into one creative subject. The artist pastes pieces of street posters on his canvas and exhibits this work for the first time in Rome in 1955 with the title “Torn Manifesto”.

1960: ANDY WARHOL
In 1962, Andy Warhol worked on another legendary bottle: that of Coca Cola. Coca Cola bottles in 1916 were probably inspired by the anatomical curves of an actress of that period. The master of pop-art introduces us to the final revision of advertising icons. Warhol’s art moves only according to the guidelines of the images produced by American mass culture. His art was inspired by cinema, comics, advertising, with no aesthetic choice, but as a pure moment of registration of the most famous and symbolic images. In these works there is no polemic intention against mass society: they only intend to expose the visual world in which the image society moves. The obsessive repetition of the image of the Coca Cola bottle showed how that object has now become a representation of society.

1970-1980: ART OF GRAFFITI
The Art of Graffiti is a type of deliberate action on both private and public property. Drawing graffiti is an illegal vandalism act if done without the consent of the property owner. In the early 70s two young New Yorkers, Jean-Michel Basquiat and Keith Haring worked in the street and in the subway. Their work was immediately critically acclaimed and attracted the attention of influential art dealers. Basquiat and Haring used advertising empty spaces in the subway to communicate. People, fascinated by this new form of street art that – within the intent of the artists – must have breaks between advertising moments, physically taking down these paintings and bringing them home. Their creative idea has been one of the few inventative ways to move freely through all levels of society and to attract the enthusiasm of all types of people who were usually distant from art. During the 80s Sante Scardillo settled in New York City, leaving Milan, where he grew up. Scardillo called himself a “living room roller”. He found raw material for his work in the New York Times and re-edited it in the heat of his apartment on the Lower East Side. Rem Koolhaas, in “Delirious New York” the Retroactive Manifesto for Manhattan defines this area of the city as the “Rosetta stone” of modern civilization. To understand our time is necessary to live in this city where the world meets. For Scardillo, the New York Times was the iconographic dictionary of our society, so “what matters most” finds space in this newspaper

TODAY: SANTE SCARDILLO
The icons are better understood if they are printed on paper. On television, the image moves fast. An image achieves its effect when stopped. This is the idea of the artist. Scardillo allows himself some digression from the New York Times, Vogue, Harper’s Bazaar and InStyle he acquired advertisements that he then diverted, recasting them. The advertising image is to Scardillo a stabbing weapon: thought of as a tool for propagation and the sale of the trademark by its manufacturer, it also offers a mirror image of society. 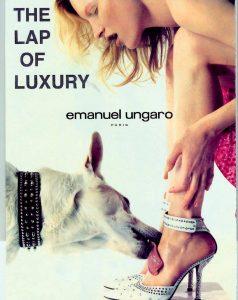 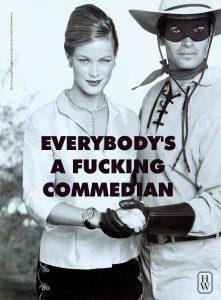 Scardillo’s interest is focused on the critical reading, or irreverence of advertising. The beautiful picture of Chanel, dedicated to the N° 5 perfume, becomes an occasion to remember how people in concentration camps were just “a number”, like the one tattooed on the arm of an unaware and beautiful former swimmer Estella Warren, who in that occasion modeled for the campaign. Or an ad for Prada in which the protagonist, lying on the bed of a river, perhaps next to a waterfall, gives rise to the slogan “Social Climbing Gear.” For Eternity, a perfume by Calvin Klein, Scardillo added to the advertising slogan the statement “Do not worry, this will not last that long”. Scardillo’s eye is useful to business. It ‘s a critical eye. Brings out two points that deeply scan a brand’s personality: 1) advertising conveys the feeling of a company in a specific given moment, a photograph that has an end and then is given to society in order to be reprocessed, 2) advertising is a starting point for taking buildings to new stories. Scardillo in his art uses commercial brands. He expected complaints. He instead received purchase orders for his work from companies involved. A disappointment? Perhaps only a sign of the time. Today, brands are interested in trading with society. As stated by Paul Watzlawick redundancy, both in syntax and semantics, is a system of behavioral patterns of repetition that leads to achieving balance. Balance, over time forms a sense of historical memory of the interaction that does not vanish at any subsequent amendment. The system of human interaction will not start from scratch every time, but it also preserves the gains acquired when it looks for other balances. For the brand, Scardillo’s creative exercises and those of all of his great predecessors, are an opportunity of redundancy of the message at its audience. A variation on the theme that constitutes an interest towards brands. Some companies have understood and agreed to invest in the art of reworking themselves.

Recently, Sante Scardillo’s artistic research is turning up on
subjects in which consumers goods are reinterpreted.
The picture is of a
1.5 Oz Coca Cola bottle.

The images are all artworks by Sante Scardillo based on real advertising campaigns.

Employees “out of office”