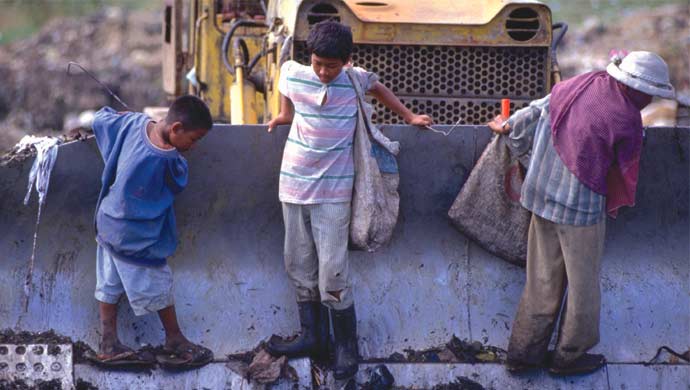 CSR should not be confused with philantrophy and needs to be part of a good business model. Different speakers argue on the meaning and role of Corporate Social Responsibility. 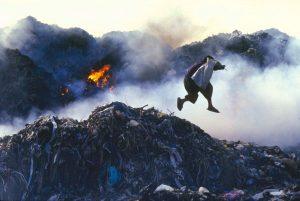 CREATIVE CAPITALISM
At World Economic Forum in Davos, in 2008, Bill Gates gave a speech in which he said many of the world’s biggest problems cannot be fixed by philanthropy, but require free-market capitalism; “creative capitalism” to be solved. He described this as “an approach where governments, businesses and nonprofits work together to stretch the reach of market forces so that more people can make a profit, or gain recognition, doing work that eases the world’s inequities.” Gates sees business and its resources, as the world’s most powerful force for change; it is not philosophy or politics, but simply today’s reality. Globalization evolves separate profit-making entities into powerful webs of influence, without boundaries.

SOCIAL CHANGES
Global, 24-hour media, means leaders and companies are operating increasingly in glasshouses and citizens (consumers) demand new standards of conduct and businesses that pursue something more than pure profit. Companies like Shell and DeutscheBank need to meet the needs of a broader set of stakeholders than just shareholders. An often given example of this, is the RED company. RED, founded by Bono and Bobby Shriver, integrates the power of big business and new consumer desires, to facilitate social change, with its Global Fund to fight diseases in Africa. RED is not a genuine example of CSR, as it was set up with different objectives from traditional companies. 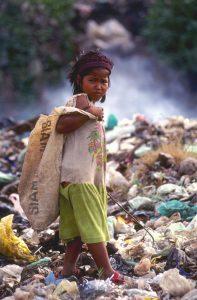 Davos 2011, held a session on the social contract, looking at the responsibilities of governments and corporations towards the broader community. Stuart Wallis, CEO of the New Economics Foundation, started by saying he believed that in advanced countries, the social contract has broken down with people worried for their jobs, for their pensions, seeing a lack of fairness, as those responsible for the economic meltdown remain unscathed by it. This has led to a loss of trust in politicians and in business. In some cases, he believes, the CSR agenda can actually make things worse, as people proclaim one thing and do another.  Abhisit Vejjajiva, the prime minister of Thailand, said that emerging economies were still in the process of drawing up the social contract. He said: “We want to do it in such a way where we aspire to have our people attain the same kinds of standards as in advanced countries, but avoiding the mistakes that have gone before.” Vejjajiva said that the market is good at creating wealth, but poor at distribution, so this remains the government’s duty and they are obliged to provide their citizens with a social safety net and a good welfare system. “What we want to see is the creation of an environment and incentive system whereby the private sector takes into account the social dimensions of growth and incorporate it into their own objectives. I think corporate responsibility is not enough; the corporate sector needs to look to social enterprises and opportunities that answer social goals in this new contract.” The next speaker was Ronald Williams, chairman of Aetna. He believes a corporation’s first responsibility is to operate as an organization with values and integrity. He says a company “should focus on the engagement and well-being of its employees and work to earn the trust of the critical constituencies that are essential for its well-being and survival and its participation in society.” He says a corporation has a responsibility to innovate, win customers and make a profit, in order to create wealth in the society in which it exists.  CSR and profit are not mutually exclusive; both are required, Williams tells the story of a woman who ran a successful hospital, led by a not-for-profit religious order. When he asked her how she reconciled the tough decisions they made with their substantial annual surplus, she pointed out that without profit, there would be no mission; CSR needs to be part of a good business model.   Peter Giblin says: “Like motherhood and apple pie, CSR is something no one can stand against, but it can simply be a new label given to existing initiatives. Many companies, for good PR purposes, have done charitable works, but now they have a new title.”

CORPORATE SOCIAL RESPONSIBILITY: WITHOUT STANDARDS
There are no globally accepted standards of CSR, although 2010’s ISO 26000 principles were a first attempt at defining it, covering accountability, transparency, ethical behavior, respect for stakeholder interests, rule of law, international norms of behavior and human rights. The Wall Street Journal’s, Alan Murray, says there are two basic aspects of CSR that are not up for debate; a company must make money, or the rest of CSR won’t follow and you must obey the laws of the countries in which you operate. 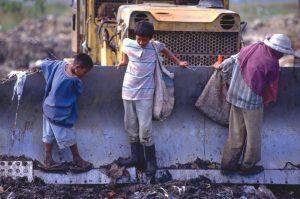 MODEL 1%
Marc Benioff, CEO of Salesforce.com, said that his 1% model, of allocating 1% of profits to the community annually, 1% of equity to its charitable foundation and 1% of employees to work in community service, helped the company culture and resulted in more effective recruitment of quality employees.

LET’S GO ALL IN THE SAME DIRECTION
Giblin says CSR can have an effect on a company’s performance: “a pension fund investor may see two similar companies and if one is perceived to have a better reputation in CSR, they will buy their shares.” “That said; CSR can cause internal strife. No one can say an investment in a local school is a bad idea, but at a board meeting, the financial director will ask who is paying and the marketing director certainly won’t want it to come out of his budget.”  Giblin says: “If, as a company you want to donate to cancer research, your money is a drop in the ocean; setting up a tiger sanctuary in your name may get you more bang for your bucks”. CSR may be the hot new business acronym, but companies have always realized they need to spend a bit of money on good PR, whatever department it comes from, and there are also always those tax breaks.

Identity in the workplace